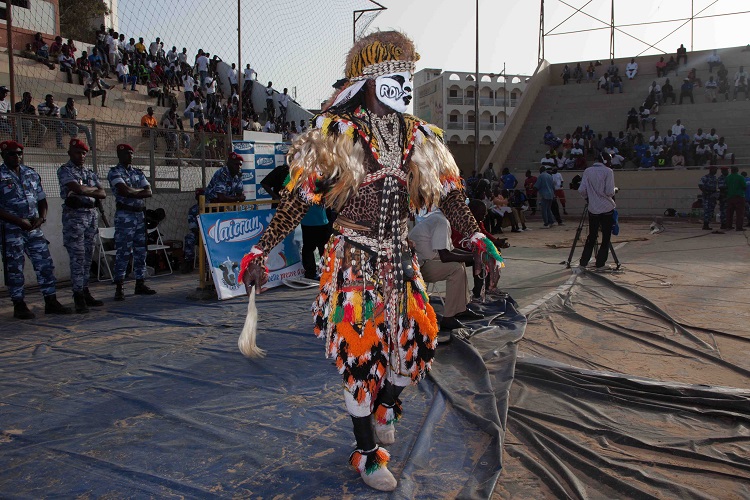 In Senegal, wrestling is an omnipresent phenomenon that has gained so much in popularity that it even exceeds soccer. Large posters brew tens of millions CFA and everybody has his favourite wrestler.

This fight originated from a rhythmic feast that allowed, while entertaining, to measure the value and skills of the warriors. This sport was once practiced in small villages to celebrate the end of harvest in Serere and Diola ethnic groups, who remain to this day great warriors. The goal is simple: make the opponent trip or eject him from the circle while kicking or infighting (wrestling with strikes). But the show does not stop there. Starts then an almost religious mystical folklore, symbolized by rites, songs and processions that are typical to the Senegalese and Gambian culture.

When arriving at the stadium, we can already feel the effervescency of the event. Each team’s supporters are shouting in madness. Before each confrontation, the Berekat engages in the Baccou that consists in singing his prowesses in order to intimidate its opponent and charm its public while dancing to the rhythm of the tam tam. The songs are then taken over by the ndawrabines, women dressed in their traditional costumes and dancing with their scarf during the entire wrestling game. Also comes in scene, the Simb (Fake Lion), always there during traditional events and celebrations and who originally represents a possession ritual.

But the most impressive of it all has to be the marabous and their charms. What would the Senegalese wrestling be without the paraphernalia of rituals and beliefs that brings to the events its entire magic? Each team has its marabou whose role is to protect the fighters against evil and bad spirits. The wrestler will then, before each fight, cleanse its body and mind with potions that the marabou will spray on him (a star can have up to 20 marabous). Women, however, cannot approach the wrestlers during this preparation has it would, according to the marabous, disrupt their work, and are therefore excluded from the combats but allowed in the stands. 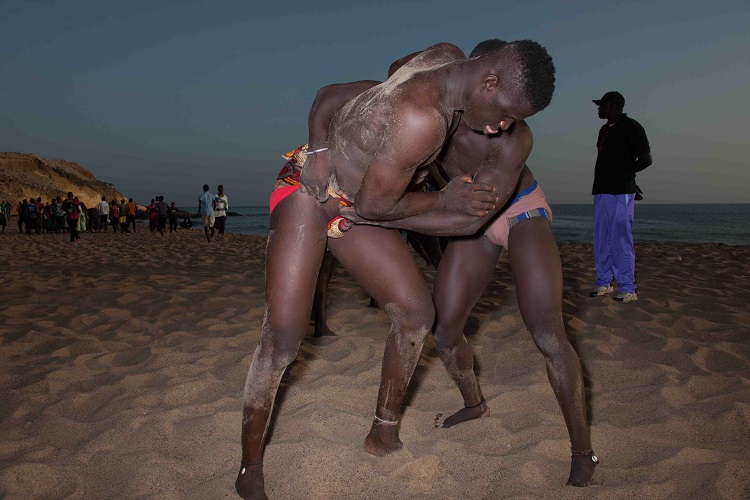 The phenomenon of wrestling has gained a lot in popularity, especially since the 70’s, when the traditional wrestling turned into a wrestling with strikes that became more and more professional. Wrestlers are now fighting more for their personal glory and for their neighbourhood or village, and the fight now exceeds its playful and traditional purpose to become more of a lucrative business with high potential. The times when the lucky winner walked away with livestock, grains and other goods are now over. Village squares were quickly replaces by arenas and in the 80’s by stadiums in which the supporters quickly turned into real hooligans, thus requiring an important police presence. We also no longer speak about prices, but contracts that can reach hundreds of millions FCFA. Since then, multiple wrestler stables were born, officially 138, and more and more youngsters are dreaming of becoming future stars.

Everyday, except weekends, these future athletes are training tirelessly after work on the beach. After five minutes of training with them, our dear photographer could not keep up with them. The Senegalese wrestling is gaining more and more popularity abroad and some even dream that this sport will one day incorporate the Olympics. 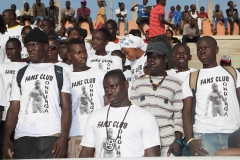 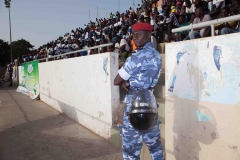 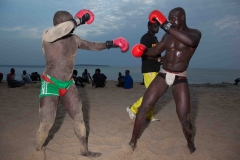 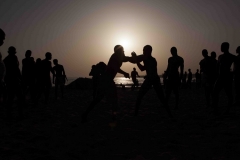 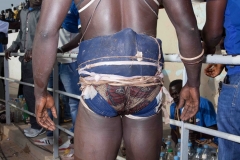 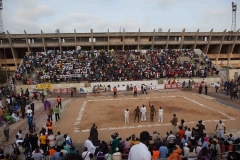