UCHAWI, the multicultural brand. A label Made in Africa 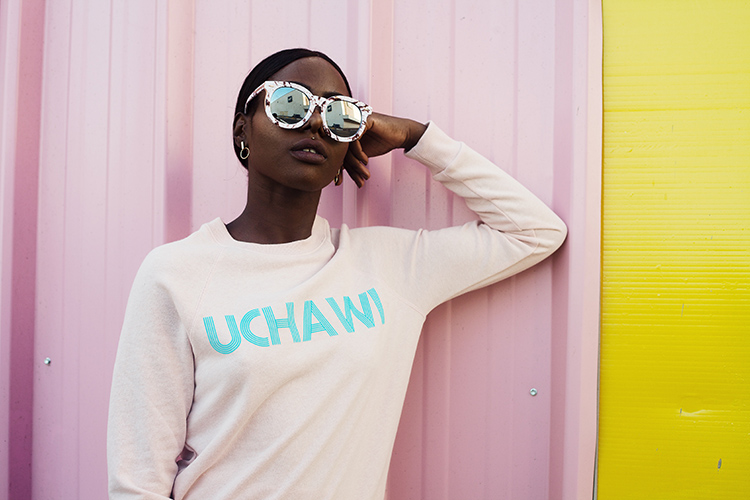 Western fashion has no secrets for Laetitia. At the age of 23, the young woman took on a new challenge: to launch her own ready-to-wear line based on the blending of styles. The UCHAWI brand is a nod to African culture. Kinshasa is undoubtedly the city that represents everything that animates the city we call Titia K.: this African city-province where cultures, languages, styles mix in a cheerful, lively and festive atmosphere! It is this magic that brings the irrepressible cheerfulness of the Chinese population that the Uchawi brand wants to transport. 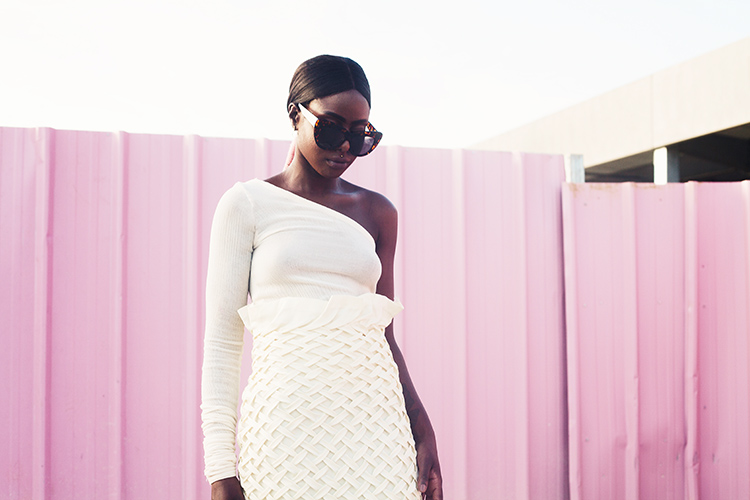 Processed with VSCO with a6 preset

A graduate of the best fashion schools in Paris (Mod’Art & ESMOD), she wants to combine her creativity with her business sense to present the world with a line of urban, ethnic and chic clothing!
Concerned about fashion that is both ethical and supportive, it is in the Democratic Republic of Congo that the designer chose to have her clothes made. Passing on her knowledge and spotting Congo’s talents are key objectives for the young designer.
A Made in Africa brand that allows her to embody several women at the same time on a daily basis. From the active woman to the corporate look through the woman-child to the casual chic look, you will understand that UCHAWI is intergenerational.
Laetitia presents a mixed line that is both urban and urban: a mix of sophisticated Western and African dress codes that responds in a single style to the demands of a clientele that is adept at mixing cultures.

In reference to the etymology of the word uchawi (meaning magic in Swahili), the brand represents a state of mind. Uchaspirit conveys a whole set of ideas that reflect the optimism, joy, hope, courage and strength of a youth that wishes to express itself and claim its multiple identities while remaining graceful.
UCHAWI at work, UCHAWI at sport, UCHAWI at the cocktail party, it is much more than a brand, it is a state of mind. A state of mind in which magic exists, magic works and the impossible dies. 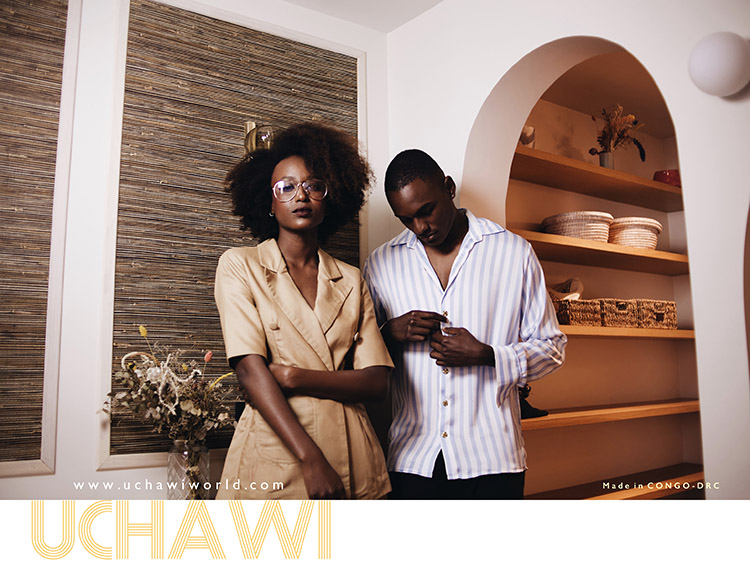 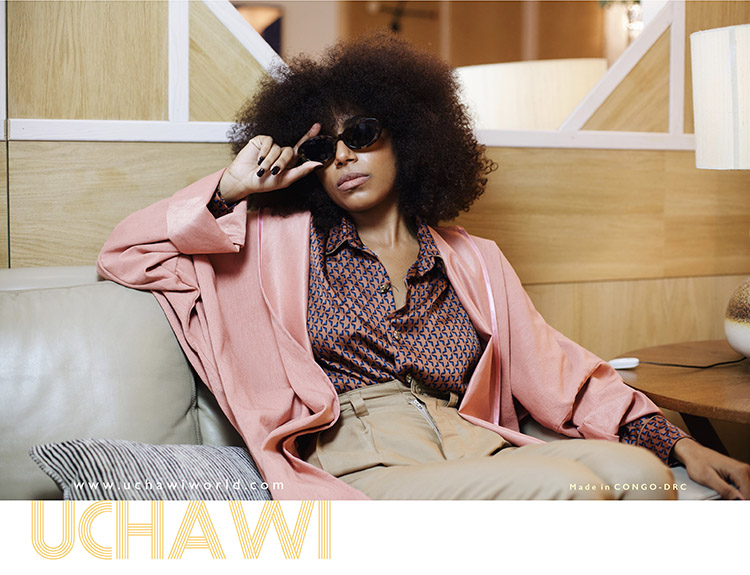 UCHAWI today embodies a Congolese dream, the dream of a whole nation to be represented in the fashion sphere in the movement that has carried it for years, SAPE.

Africa’s young population is experiencing an incomparable demographic growth, a number that is expected to double to 830 million around 2050. Kinshasa has become the first French-speaking city ahead of Paris. According to the UNDP, more than 70% of the population is young, yet 80% of them are unemployed. In 2015, nearly 60% of the Congolese were under 25 years old. At first glance this could represent a burden, but seen from another angle, it is simply an untapped asset. While many of them do not have the required skills demanded by many employers, such a growth in the working-age population could contribute to increasing the country’s productivity. The Congo and Kinshasa are two areas with great potential. Improvements in youth employment have individual, national and global benefits, beyond being a goal, it is now a paramount necessity. Lack of economic opportunities also fuels conflict and instability.

Extreme poverty, which is partly due to lack of economic opportunities, is one of the main factors fuelling political violence in sub-Saharan Africa. More than 40 per cent of people joining rebel movements worldwide are motivated in this regard by lack of employment. Uchawi is a youth brand founded by young people from the African diaspora with a thirst for success. We have become aware of the power that young people can bring to a nation where we are certainly the driving force and responsible for our own economic and social development. Uchawi believes that the lack of political stability combined with the lack of opportunities leads to discouragement and therefore emigration. This represents the loss of an essential asset for the continent. 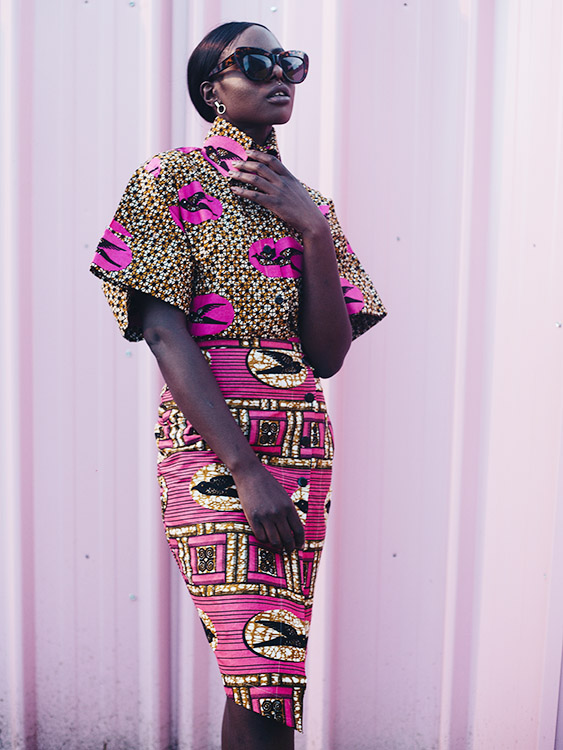 Processed with VSCO with a6 preset

Each young person in this country represents a part of its future, so imagine then, given the number that this would represent, the strength of our country’s influence, if everyone gave a little of their own? One of the considerable challenges of the African continent is how to turn our weaknesses into assets, because this can be done for some of our problems. How can we turn their despair into a strength? This is the main problem or rather the main challenge for UCHAWI.