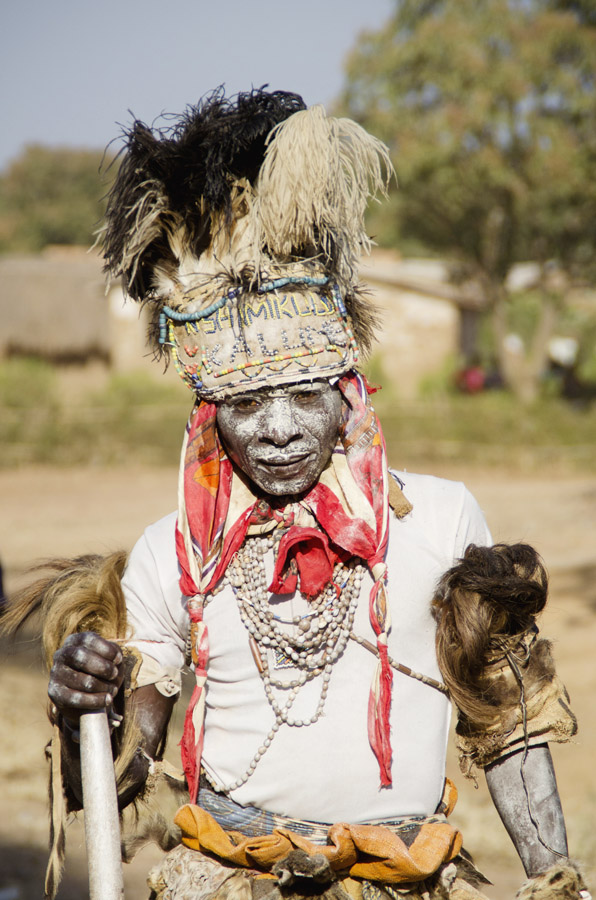 M’Siri was the founder of the Yeke Empire in Katanga. His real name Ngelengwe and he was the son of Kalasa, a fearless traveller trading in Uganda who decided one day to expand his business into the Copper Belt. 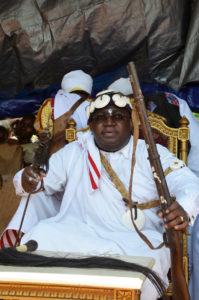 The former capital of the M’Siri Kingdom (MSIRI, King of Katanga (RDC) born in Usumbwa, today’s Tanzania, around 1835 – Bunkeya, 12.19.1892) is located near the Kiubo Falls and Upemba Park. Today, the place is the capital of the Bayeke chiefdom, in the district of Lubudi, Lualaba province in DRC, located 200 km northwest of Lubumbashi and 75km from Likasi via Lwambo.
It is long-distance trade that brought the Nyamwezi people to settle in Katanga after the discovery of copper and ivory. Among the several migrations that entered the country, the most important was that of M’Siri whom did the King of Katanga welcome. 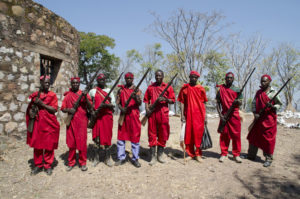 M’siri was offered Lutipuka for him to settle there. He brought together the entire Yeke community and formed the first agglomeration.
Following the death of Katanga chief, M’Siri decided to leave this village and headed to Pande. Wherever he was famous for his great military achievements and his real warrior spirit while always being surrounded by new subjects through to the continuous influx of new people around him. M’Siri decided to search for a place where the land was fertile enough to feed all these people. 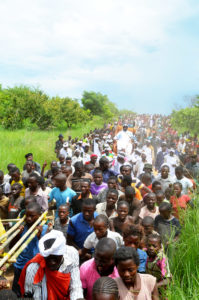 After travelling successively to Lutipuka, Kisungu, Kisanga, Mulungushi and Luambo, M’siri discovered the site of Bunkeya (around 1879-1880) where he settled down and created his capital city. He established his main residences in Kimpata, Nkulu and in Munema and several other villages. M’Siri managed to maintain its authority among the clans and tribes through a dictatorial and nepotistic structure. 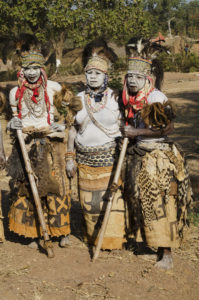 M’siri’s multiple military campaigns in the Luapula-Moero region weakened the Mwami’s power while wars against the Kazembe and Arabo-Swahili people from Simba near Lake Moero were very costly for the Yeke tribe in terms of military equipment material and men. Defeated by the Simba tribes, they were forced to abandon the political and economic control of the region. The Sanga people, taking advantage of Masengo’s murder, revolted and decided to free themselves from the Yeke’s hegemony on their own territory. At this time, several expeditions of the EIC (Congo Free State) converged towards Bunkeya in order to sign with M’Siri a Treaty that the King refused to sign. A member of the Stairs expedition, the Belgian captain Omar Bodson, killed M’Siri on the 19 December 1891.
M’Siri’s son in turn killed the captain a few hours later. M’siri’s death marks the beginning of the effective occupation of Katanga by E.I.C agents installed at the Lofoi post. Mukanda Bantu, M’siri’s son and successor pledged his allegiance to the new masters and participated with his men in multiple regional pacification campaigns.
Several places of remembrance are worth a visit and include: 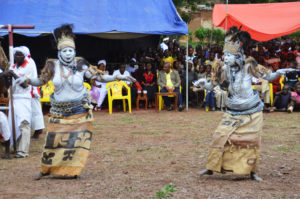 On the 20th of December each year, a traditional ceremony is held to commemorate the death of M’Siri and the renewal of the power of the current leader.

You can also visit the grave of Jean Bosco Mwenda Wa Bayeke (1930-1990), who was a descendant of M’Siri… Quite popular in other African countries, particularly in East Africa, he was a pioneer of acoustic guitar Congolese music.
Palma Okapi Tours organizes a circuit for those who want to participate in the ancestral Yeke ceremony. Also discover the Kiubo falls, Luvilombo and the city of Bunkaya.

Try the small and local restaurant

Also discover the Kiubo falls, Luvi – lombo and the city of Bunkaya You can also visit the grave of Jean Bosco Mwenda Wa Bayeke (1930- 1990), who was a descendant of M’Siri… Quite popular in other African countries, particularly in East Africa, he was a pioneer of acoustic guitar Congolese music. Palma Okapi Tours organizes a circuit for those who want to participate in the ancestral Yeke ceremony.