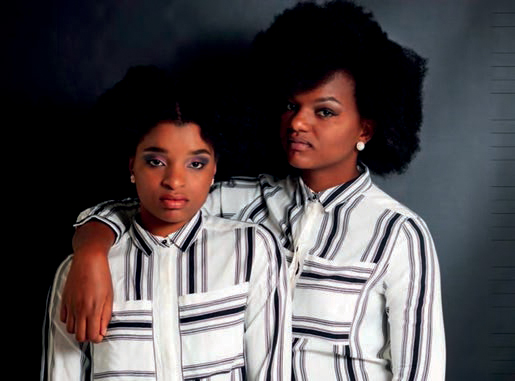 The Kanza sisters, Sophie, Louise respectively 25 and 24, are two Congolese born girl and currently live in Johannesburg, South Africa. They are the founders of the Sophie A. Kanza Foundation, an NGO that aims to change the face of youth volunteering in Africa and beyond. 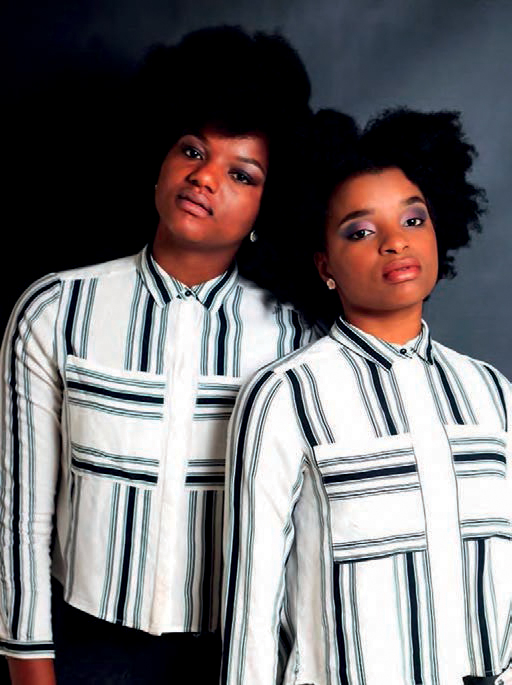 The foundation is actively involved in various projects across Africa and often collaborates with other likeminded organisations to embark on projects that strive to make a difference in communities. Founded in 2014, the girls and their team have managed to make significant changes, growth and development for their brand and have curated events that have left an impact on all parties concerned. Louise was nominated for “Lawyer of the Year” title at the African Youth Awards. She was also appointed Global Youth Ambassador by A World at School, a global group of more than 800 young people from 80 different countries who campaign and advocate for change in education worldwide. Sophie, a former Monash South Africa Lead scholarship beneficiary, has been ranked among south Africa’s most influential young people and recognize for her work in the social enterprise and philanthropy category. She is also a Brand SA ambassador, a platform that she uses to educate the public about the plight of African immigrant youth in South Africa. Sophie and Louise are currently both students at the University of South Africa, pursuing their degrees in International Relations. Even though both sisters might sound like they are always on the run, they still find time to enjoy a very active social life with friends and often travel for leisure. Recently, the Kanza sisters launched a fashion show called the singabantu fashion benefit in, Johannesburg, in order to raise money for them to host the #AfrophobiaConversations at the 2018 Degrowth Festival in Malmö, Sweden. This event will be aimed at creating a workshop on the theme of Afrophobia. Sophie and Louise have also partnered with Pads4Africa for National Menstruation Day in Kinshasa, a project that seeks to educate females and denounce the taboo associated to menstruation matters. As part of their contribution, the sisters have donated 200 packets of sanitary pads and would like to encourage more people to get involved in such causes. 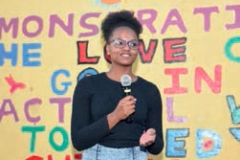 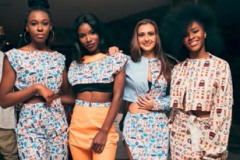 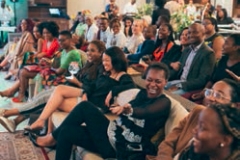 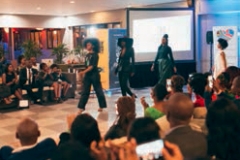 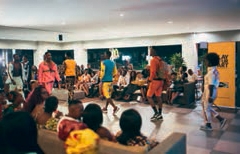 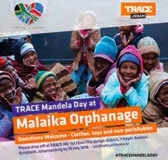 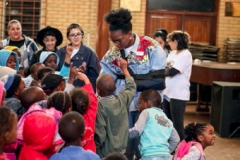 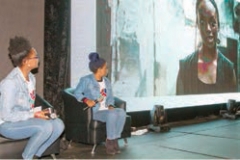 When on vacation where do you spend most of your time on the beach or out and about exploring the nature?
Louise : Beach
Sophie : Beach
A 3 words definition of a journey
Louise: fun. Relax. Food
Sophie: Peace. Rest. Fun
What is your dream destination
Louise : Zongo in DRC
Sophie : I’d like to travel aroud the whole Africa
What is your favorite place in the world
Louise : Kinshasa, DRC
Sophie : Virunga National Park in DRC
A hotel
Louise and Sophie: The Westcliff Hotel in Johannesburg, South Africa
Your favorite restaurant in the world
Louise : Dukes Burgers in Greenside, Johannesburg, South Africa
Sophie : Wolfpack in Parkhurst, Johannesburg, South Africa
On island what would you take with you ?
Louise: Food, comb, books
Sophie: Solar panels, food, phone
A journey back in time
Louise : Kinshasa in the 90s
Sophie: Kinshasa in the 60s
Your last trip
Louise : Durban, at Kwazulu Natal in South Africa
Sophie : Cape Town, South Africa
Your next trip
Louise: Europe
Sophie : Kinshasa
What would you ask if the answer was yes!
Louise: Can we have peace in the world?
Sophie: Can we end poverty?

KEY DATES
2017 : The day we lost our grandfather, our beloved Grandpa. Life has changed so much since he left us.
2016 : Our first fashion show which was our first big fundraiser for our foundation . It was also the event that kicked off our #FabulousFemale campaign that now provides sanitary pads to girls in three different countries.
2015 : The day we finally realized and accepted that we would probably never have a normal relationship with our dad because of issues mental health.
2014 : The day we had our first event as a foundation, we made it all happen with only R200 in our pockets and we never looked back since then.
2011: The day we arrived in Kinshasa after a 13 years of absence. We had no memory of what it looked like back in the days and the feeling of being at home was so overwhelming.