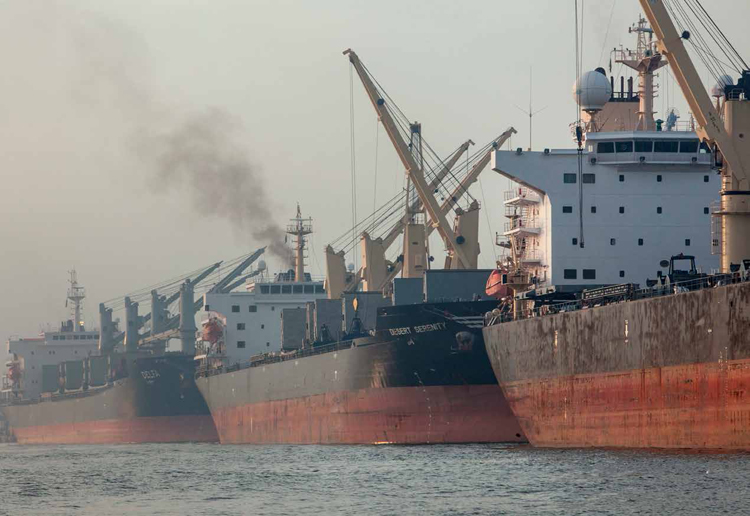 Here is anchored the Yacht of the richest man in Africa, Aliko Dangote. A symbol. Lagos has become a paradise and 300 000 people arrive every year to try to make a fortune or just survive, especially since the war broke out in the north.

The city that had only 2 million inhabitants forty years ago is now far away beyond Cairo, becoming the most populous city in Africa. If Abuja is the administrative capital of Nigeria, Lagos is the political, cultural, financial and economical heart. Dynamic city, it is opened on a huge port. What would be the first African economic power without the port of Lagos, which controls 70% of maritime traffic operated in the sub-regions of Central and West Africa via Apapa and Tin Can Island. In 2009 already, the annual cargo traffic in the Port of Lagos accounted for 25% of the port activity of the ECOWAS members. Container traffic is growing steadily. Nigerian ports can handle up to three million tonnes of cargo per year and up to two thousand containers per month. 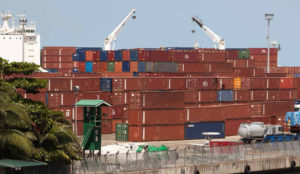 However, the level of congestion is still one of the highest in the world and the traffic could be doubled if most of the problems were resolved. Unloading times are still very long and the measures taken by the Nigerian government to decrease them to 48 hours were unsuccessful. Among the root causes of congestion, poor infrastructure, slow procedures, verification of goods according to the list of prohibited imports, customs procedures, the weakness of the maritime service in the port, dredging issues. 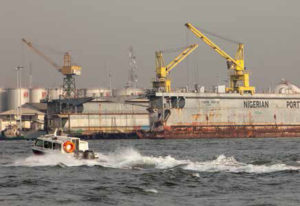 The Nigerian Department of Transportation tries out without any real success, to encourage shippers to use other ports of the country still largely under exploited. Indeed, Lagos still treats about 75% of the container traffic. A problem exacerbated by the legendary traffic issues within the city, the famous “go slow”. The goods being unloaded and evacuated by trucks, while they cannot access the port, are cluterring the port and prevent other cargo ships to dock there. Ships are sometimes queuing for days or weeks wasting fuel and salaries while waiting to leave. 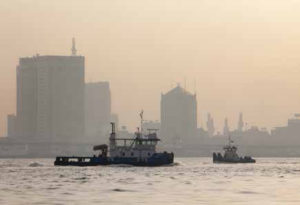 Despite notable efforts of the governor to improve road infrastructure, access to the port remains under federal authority that seems to block progress. As in the rest of the city, despite an extraordinary desire to invest, infrastructures do not follow. Under public control, they are a major obstacle to the economic development of Nigeria.