Sarah Waiswa, not a stranger in a familiar land 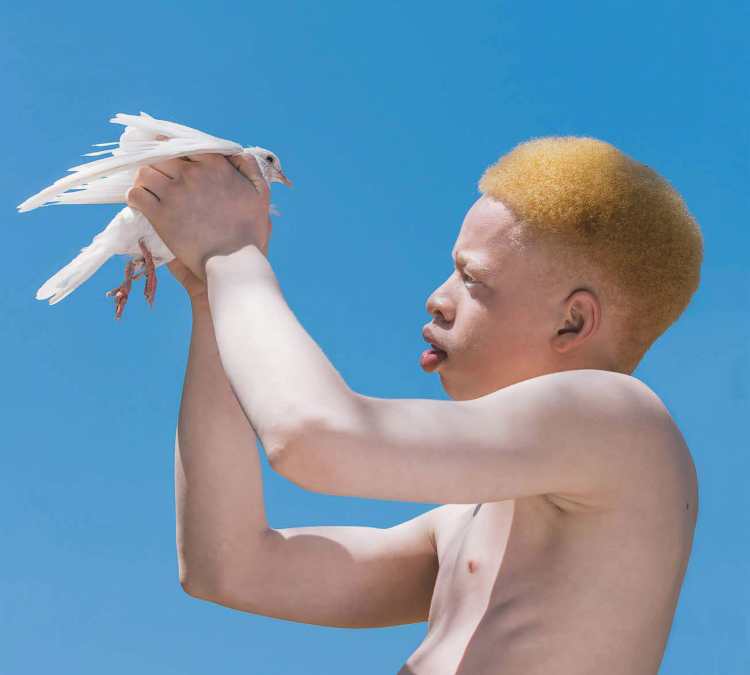 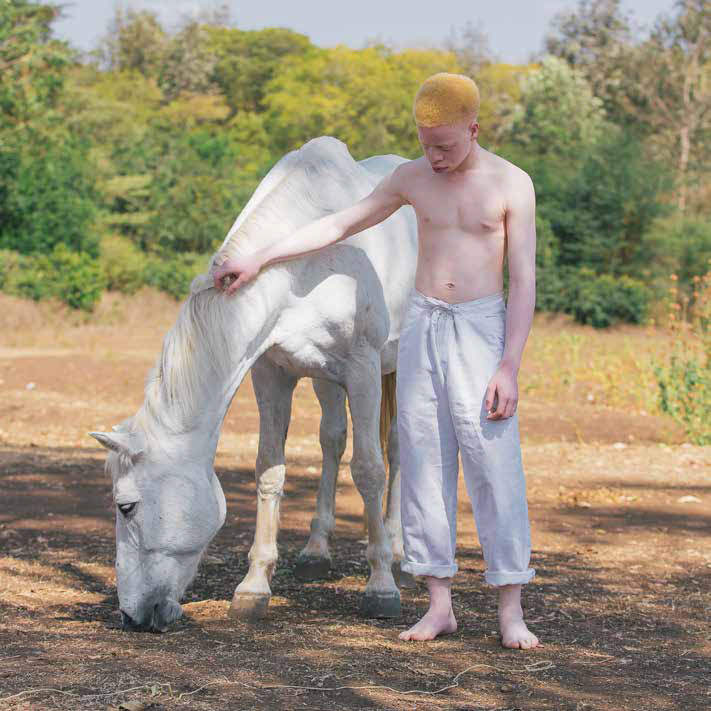 Originally from Kampala, Uganda, Sarah Waiswa lives and works in Nairobi. Photographer, she takes a curious look at her environment. Through her work, she often tries to juxtapose reality with fiction to make it more complex. Sarah Waiswa is very interested in African identity, especially the “New African Identity”: its manifestation in the present and what it will look like in the future.

Hamaji Magazine met the photographer during her stay in Lubumbashi, DRC with Picha. She tells us about her photographic work and her series: Ballet in Kibera, and Still a Stranger which will soon be presented in Rome, Italy.

Ballet in Kibera, 2017
One would not think to marry a dance style birthed during the renaissance in Italy with a group of children living in one of the largest informal settlements in Africa. Dance itself is not foreign to the continent, and has played an essential role in African culture, serving more than just a form of entertainment, it has been known to communicate emotions and celebrate rites of passage.

With ballet lessons being extremely expensive, dance is often associated with privilege, and the power that comes with privilege. “Dance critic Jennifer Homans said that ballet started off as an activity that was about men, power and important people, and that with modern ballet it became about women, dreams and the imagination. I wanted to capture the “in between state” of imagination and reality in the absence of social barriers, blurring the lines between audience and performer. While at the same time connecting the audience to the dancers in hopes of offering an alternative to the monolithic stereotype of the poor African child from the slums”.

Still a Stranger – 2017
Still a Stranger is the continuation of the series Stranger in a Familiar Land, where the spectator was invited into the life of Florence and into the life of a person living with albinism. The series was created in response to atrocities experienced by people with albinism in African countries. The public saw her wandering in a dream-like state because of the isolation associated with her ‘’alienity’’, with the hope that they would connect to it.

In Still a Stranger, the viewer meets Michael, who also lives with albinism. The conversations with Michael, still a teenager, reveal a journey into self-awareness and discovery.
There is a desire to explore the relationship between body and space that links masculinity and vulnerability and challenge normative ideas of hyper masculinity, while navigating through ‘’otherness’’. Especially in the only case where whiteness is not a privilege but rather a misfortune.

Still in a dream-like state, the element of the white horse symbolizes dynamic power, which carries Michael away, without taking into account limits and difficulties. At the same time, the sense of freedom is juxtaposed with Michael’s inability to experience life freely, based on social structures. Both are linked to circumstances beyond their control, the horse to its master and Michael to social marginalization based on albinism.

There is a sense of alienation in the images since they are empty of human presence with the exception of Michael, but the strong connection between animal and human is symbolic of the parallels between the two but also of the power imbalance that is often played out in social structures.

The Ballet in Kibera series will be presented at the Maxxi National Museum of the 21st Century Arts in Rome, Italy, as part of the group exhibition.
African Mētrópolis. An imaginary city by Simon Njami and Elena Motisi, from June 22 to October 28, 2018.