Matadi, a city built on rocks 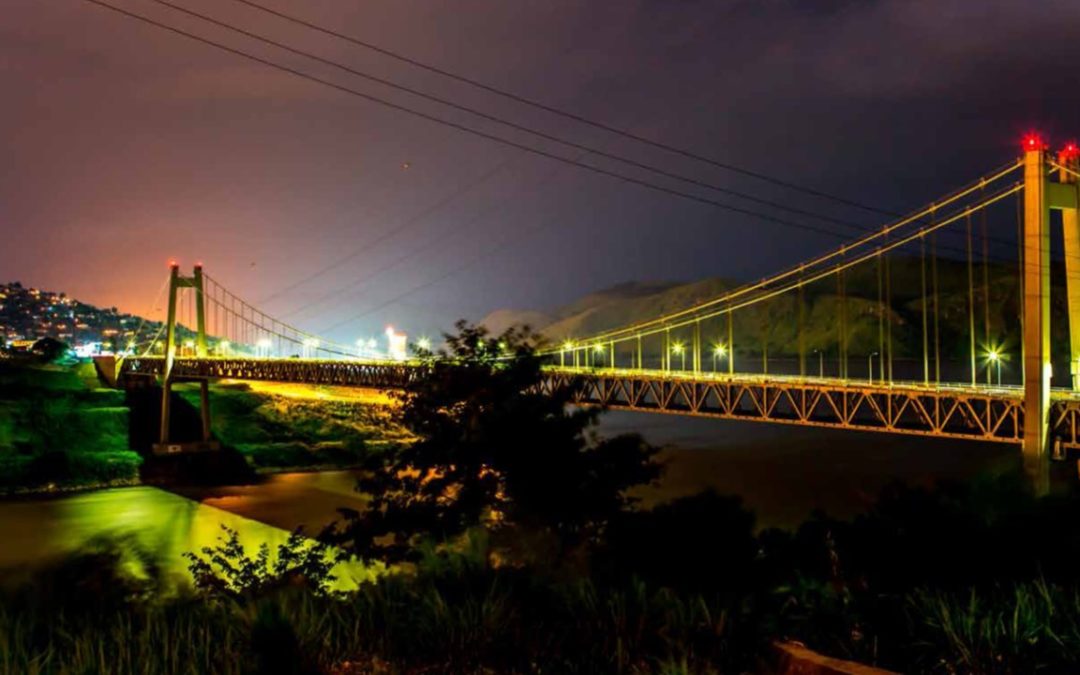 With a miner as its symbol, Matadi, the main port city of the drc, sits atop the last accessible point by boat from the port of banana located by the river mouth. Upstream, the rapids are unleashed and the topography inhibits ships from navigating the area.

For my part, I joined Matadi by train. Although I did not visit it in every nook and cranny, I did observe it from different angles. 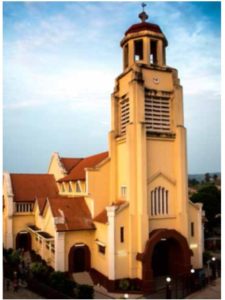 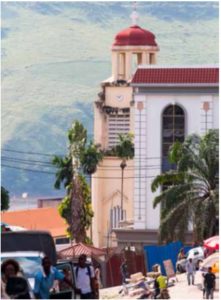 Matadi is a port city and this function gives it that bubbling and dynamic identity. Created in 1886 to transport goods from and to the left bank of the river, it is located halfway between the Atlantic Ocean and Kinshasa. Bridgehead at the time of ‘caravaneers’, it is today a real gateway to the outside world. Nestled between the hills plunging into a river with calm appearances but strong and strange turpitudes, the city is full of narrow and creeping streets. It also takes its name from the rugged environment that welcomes it. Matadi means ‘stone’ in Kikongo. From right to left, clear or sometimes less obvious views lie ahead of visitors.

Rather calm in the early hours of the morning, the life of the city lowly rises like a rumbling storm to quickly reach its peak in the early afternoon. At the same time, it is on the edge of the road, back to the valley and both feet on the way that the ‘table top’ owners begin their hard work. Everything can be found and sold in Matadi. It must be said that there is enough to buy and sell with the continuous arrival of containers moving back and forth between the four corners of the planet.

This is evidenced by the cohort of trucks bumping into the road with pedestrians and car honking to make their way through the markets. Their goal: to go up the city, loaded over their maximum capacity, slowly driving across Matadi and make their way to the capital, Kin la Belle. 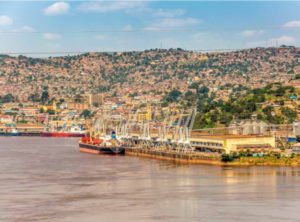 A must-see is the Matadi Bridge, formerly known as Pont Marshal did not see Matadi. Near the Normandy Bridge, this majestic 722-meter long bridge welcomes travellers arriving from Boma or from its mythical airport with its terracotta-coloured and shimmering track. On the other hand, traveling by train is the only way to enter the city through the gorge and the canyon of the M’Pozo River. Aboard the train, a breath-taking panorama is offered to travellers from turn to turn and tunnel to tunnel. What else could you ask for to start your visit? Be careful however, as with a little luck, you will arrive at the station on time. With a little less fortune, you might be asked to continue on foot if unfortunately, a rock collapsed on the way to the outskirts of the city. During such a trip, you will quickly understand that experience is all that matters… Nonetheless, all roads lead to Matadi, it is well known. Upon your arrival in the city, it is worth visiting the Metropole hotel which is the oldest hotel in the city. Long considered the most beautiful establishment in the country, it imposes its exceptional architecture of Gothic style. The Belvedere, meanwhile, says more than it can offer. Other parts of the city offer a much more interesting plunging view. At an altitude of 502 meters above sea level, Mount Kinzao, a stone’s throw away, invites the most energetic adventurers to its summit. The view is worth the hike with a beautiful panorama of the M’Pozo River. Finally, the small historic village of Vivi, 5 kilometres away from the city holds the remains of the passage of the explorer Stanley.

It is often out of necessity that one goes to Matadi. But why not take advantage of one of your trips in the area for a quick visit to the ‘stone city’, and immerse yourself in its dramatic and  special atmosphere?

USEFUL INFORMATION ABOUT THE TRAIN

Driving from Kinshasa: 5 to 6 hours’ drive