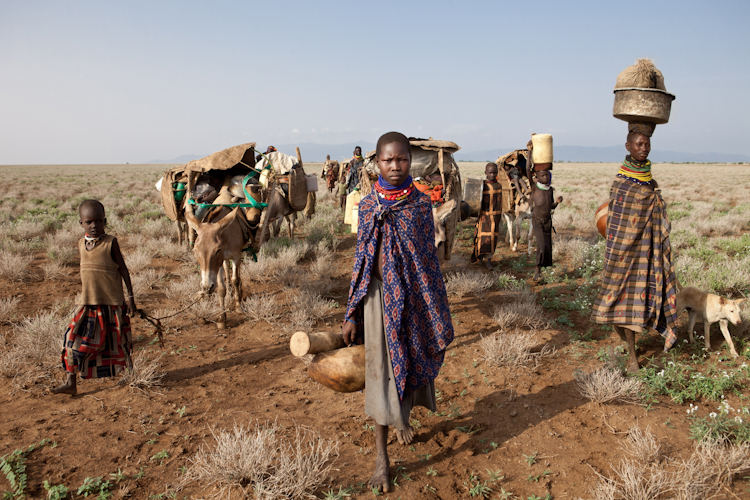 The influx of weapons in Northern Kenya from neighbouring conflicts combined with recurrent drought exacerbates ancestral conflicts between the pastoral tribes in this region of Eastern Africa. The local tradition of the raid is taking an uncontrollable severity. 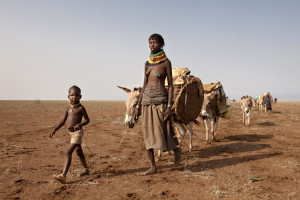 In this arid region of North Kenya regularly hit by drought, one might think that these nomadic Turkana are migrating to greener pastures. In reality they are fleeing with their wives and children nestled among goatskin water bags, clay pots and various music instruments carried by donkeys. They are fleeing the attack by a group of Sudanese: the Toposa, a neighbouring pastoral tribe who used to lead his flock to the warmer lands of Kenya. Imposing a very high pressure to scarce resources, drought ravaging the arid and semi arid areas of the Horn of Africa exacerbates chronic conflicts between pastoral tribes of North Kenya, South of the Republic of South Sudan, Eastern Uganda and Southern Ethiopia. Pushed toward each other on pastures increasingly restricted, the tribes, traditionally enemies, multiply the attacks to gain control over the few water points and to expand their herds. 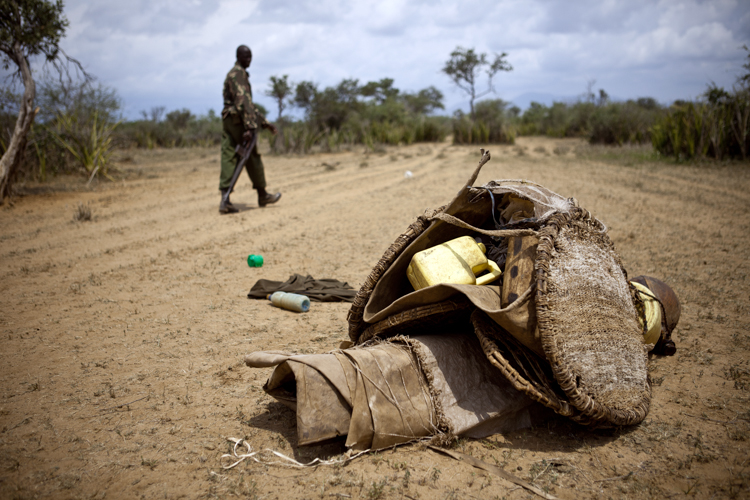 Turkana’s diet, which consists mainly of milk and blood they draw from their cattle, complemented with wild fruits and sorghum and corn flour and corn is directly affected by those conflicts. Many die of benign diseases. According to Elizabeth Nabutola, head of the World Food Program in Turkana, more than the half of the Turkana District depends on food aid. When the attackers take over the camp, the livestock and the resources and goods of the people, they sometimes kill women and children in the process. “We are losing a lot of members of our community, especially children and elderlies, says Lodoe, a leader of Naporoto clan. We do not count because it is a disgrace to our community». The efforts of local organizations to establish agreements about the sharing of resources have been exhausted, the proximity and abundance of weapons is fueling the conflict. Each herdsman, even if it is a child, has a gun. 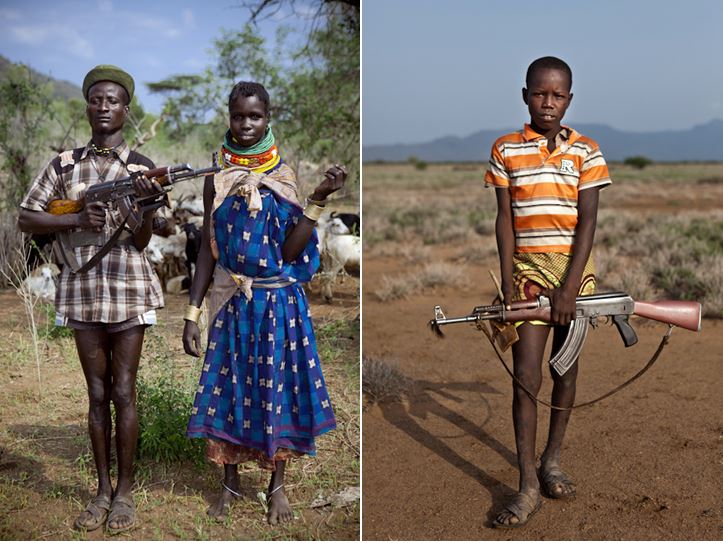 Disarmament attempts from the Kenyan government have no tangible impact. «These tribes are enemies since the mists of time! A few years ago, they used spears and knives. With guns, it is more difficult. As long as disarmament is not regional, we can try to ‘clean’ as much as we want, weapons will continue to flow daily from neighboring countries», says Joseph Okisai, the officer in charge of security in Lokichoggio. According to James Ndun’gu, from the organization Safer World, the problem is essentially political. «The Kenyan government is not exerting enough efforts to ensure the safety of these communities. As long as the state does not deploy resources, disarmament remains without effect. Previous attempts have even created a new demand for weapons. It is like trying to collect water with a leaky bucket.» 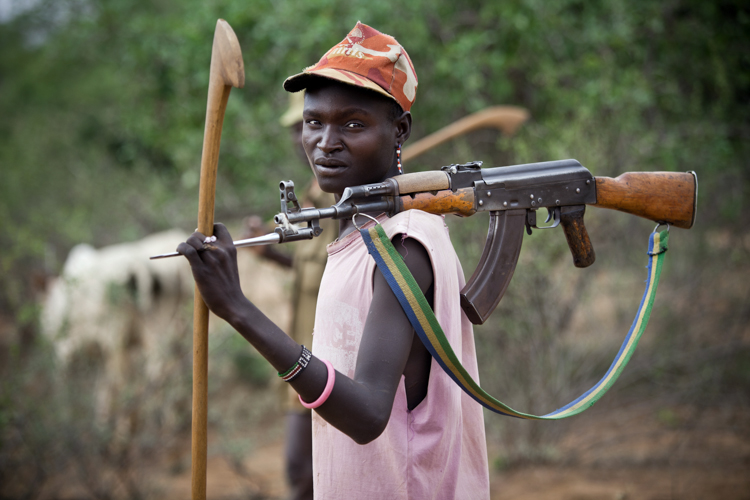 The Turkana armed by both the Kenya Police -making them reservists- and illicit trade in arms from Sudan, Uganda and Ethiopia, are forced to ensure their own safety. The distinction between legal and illegal weapons is very difficult. «Institutions, very ‘personalized’ locally, leave a large room for corruption,» says James Ndund’gu. Instead of securing their community, most reservists use their weapons for their own behalf and that of their clan.

Turkana, Toposa, Dodoth and Tepeth share the same language, the same rites and the same cult of the warrior. Participation in a raid is a must for the young nomads who claim access to human status. It is also the only way to get a girl whose value, in terms of animals, can be very high. 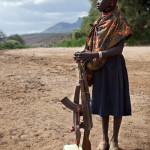 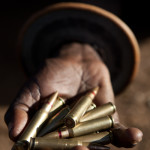 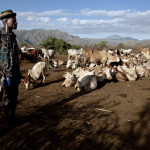