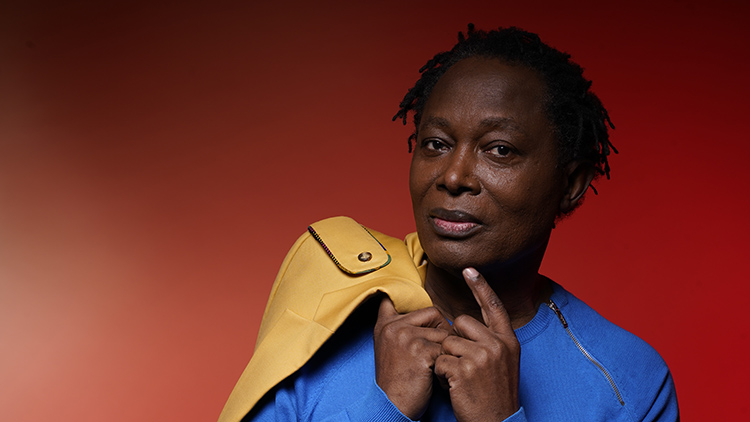 An artist of Congolese-Rwandese origin, Lokua Kanza is a musician, composer, producer and arranger. Starting his journey as a choir singer at the age of eight, he was appointed as the conductor of the National Ballet at age nineteen, and guitarist of the famous Zairean singer Abeti Masikimi’s band in the same year.
Today, he is known worldwide for the melodic fluidity of his songs (his voice has often been compared to that of Marvin Gaye or the Brazilian musician Caetano Veloso).
He has collaborated with many artists around the world such as Jean-Louis Aubert, Christophe Maé or Manu Dibango, to name a few.
Today, after 11 years of absence, Lokua Kanza honours us by sitting down for extensive interview with Hamaji Magazine. As a gift, he presents us with his album Moko, meaning ”one” in Lingala, released on June 4, 2021. Having gathered musicians from diverse cultures and origins, Lokua has shared with us a rich project realised throughout the world. This is his exclusive interview with Hamaji Magazine.

Lokua Kanza, hello and thank you for this interview. You presented your new opus on June 4th. “Moko” can mean many things, but for you what does it evoke? Why this choice of title ?
Moko means “one” in Lingala. It evokes the beginning, but also unity, not only between Africans but unity throughout the world.

After more than ten years of absence, how do you feel about the evolution of the music industry, the music scene. What do you think has changed after 11 years ?
A lot has changed in 11 years when you look at the way we consume music. We are in the digital age now and with the advent of streaming, people don’t buy music like they used too.The songs are also much more danceable today. Many of my songs are too, but in a different register.

This album is a wonderful mix of languages, cultures and sounds. There are 14 languages present on it. Can you tell us more about the influences in the composition of “Moko” ?
I am a big lover of languages and the diversity they represent. I especially like the fact that they can have a huge impact on the texture of a song. Some languages are smooth, others, on the contrary, have a much calmer tone; that’s what makes them beautiful.
Languages are also a way to unite people, so this choice of mine fits perfectly with the spirit of my album.

Why did you choose the title “Tout va bien” as the single of the album that everyone could discover before its release ?
In these times, the world needs to feel joy and positivity. So I wanted the public to discover this song first, as I attempt to bring this glimmer of hope.

Apart from this one, which track did you enjoy working on the most and why ?
It’s hard to choose, my songs are like my children! I love them for different reasons. Each one has its particularity, making them impossible to ignore individually. 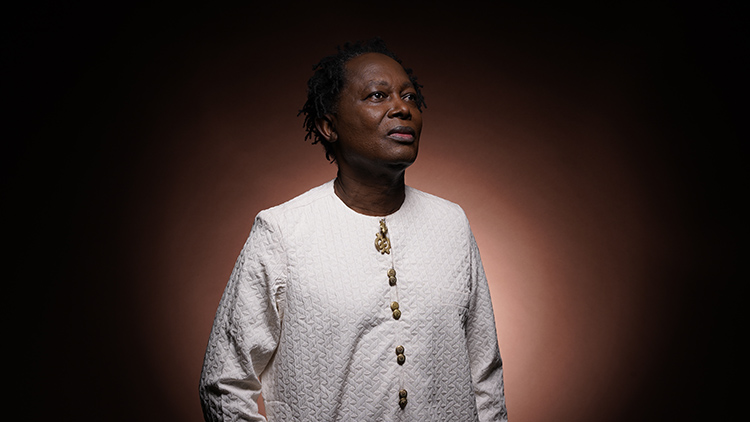 The album was produced in 12 different countries. Do you have a travel anecdote to share with us? Something that marked you or made you smile ?
When I was in Brazil, I recorded with a Brazilian musician. Unfortunately we didn’t have the same availability and when we agreed on a day, the studio wasn’t available. So we had to record in my room on Garage Band. The sound quality was not great, but at least we could do it before I left. It was an interesting experience.

Were all these countries a discovery for you or did you already know them ? What did you learn from this great experience ?
I knew 11 of the 12 countries. The only country I didn’t know was Hungary. I didn’t visit it unfortunately, because I spend all my time in the studio. But the experiences I had with the musicians? I will never forget.

In this album, we find features with big names of the music industry, such as the late Manu Dibango or Charlotte Dipanda, but also with Pamela Baketana, big winner of The Voice Afrique francophone 1st edition, that you coached. What does it mean to you to collaborate with this artist that you accompanied ?
For me, at my age and with the experience I have, I have to pass the torch to the younger generation. They are the ones who will carry the music of our country. And Pamela has an exceptional voice; it was an honour not only to coach her in The Voice but also to record this song with her.

What’s next for you? Are you already thinking about your next album? What can we expect in the coming days ?
As you can imagine I’m not thinking about a new album right away. My priority is that the album is listened to by as many people as possible. I want to illuminate the beauty of our country and culture, as well as bring positivity in these times. That’s my priority right now.