In Kinshasa, an oasis in the heart of the city 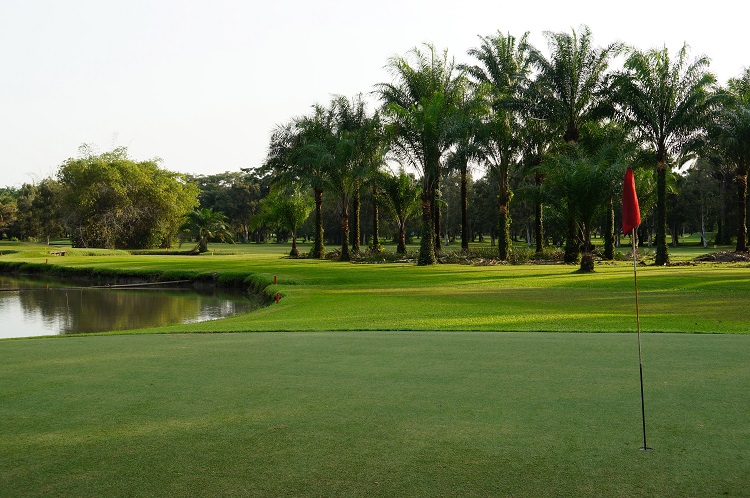 In the heart of one of the most exciting African capitals is nestled an oasis that lies its golf course over its eighteen holes: the Golf Club of Kinshasa.Kinshasa. Capital of the Democratic Republic of Congo. The only African metropolis of its kind.

Originally seen as an old bulk goods warehouse on the Congo River, Kinshasa was founded in 1881 by the Anglo-American explorer Sir Henry Stanley, who gave it the name of Leopoldville, named after Leopold II, King of Belgium. In 1966, the city was renamed Kinshasa, the name of a village located in the Lower Congo.

The Congo River and its long, powerful and majestic stream invites itself into the lives of the Kinshasa citizens. Sundays on the sandbanks and a cruise on the Majestic River are parts of the not-to-be-missed getaways. Today the beautiful Kinshasa proudly defends his title as the most exuberant capital of Central Africa.

Noisy and chaotic, colorful and fragrant, so alive but also thriving, the capital of the DRC hosts in its downtown area a Golf among the most beautiful in Central Africa. 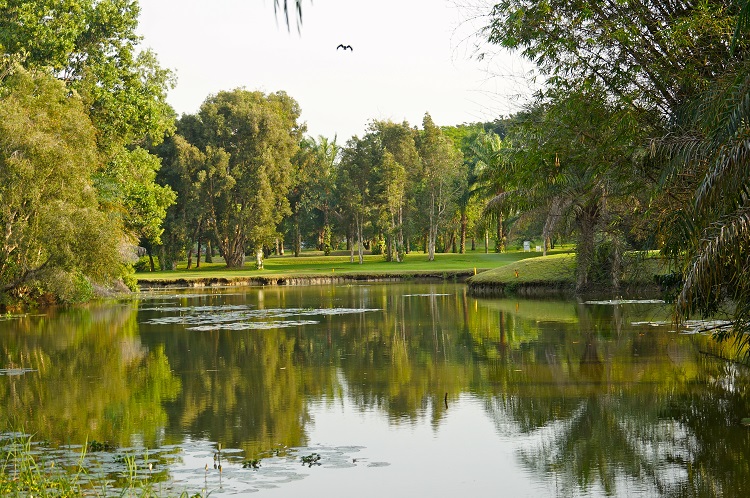 A green lung in the heart of a city that now has about eight million people. The beautiful golf course that spans over forty nine acres through a luxuriant vegetation is an very sporty eighteen holes and is famous for its numerous water hazards. And a few caimans…

This haven of greenery shelters a fauna and flora of a rare richness and is a sanctuary for a wide variety of birds, especially for Jaco parrots that are now protected species. 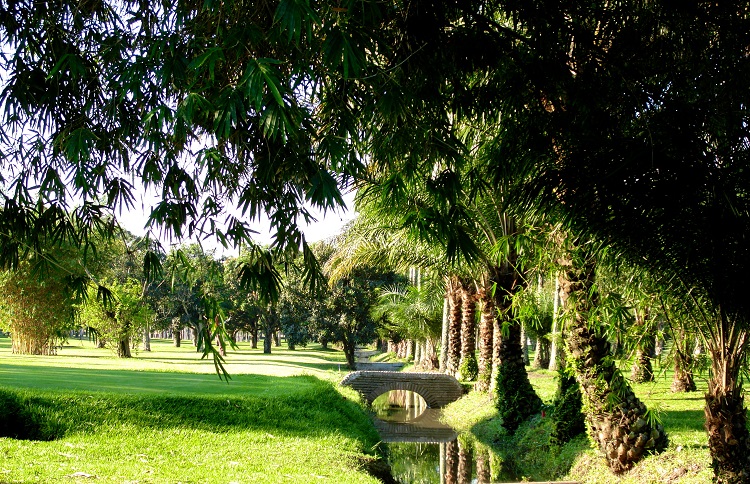 The Golf Club of Kinshasa will host the 12, 13, 14 and 15 May the 18th International Golf Open. A key event that became a must and that is also known as the annual appointment of golfers from Africa and the rest of the world. An opportunity to live an incredible golfing experience in Central Africa. Kinshasa is constantly rediscovering itself through the legendary hospitality of its citizens. On one side, the luxuriant golf fareways and its green setting and on the other side, the discovery of the new hotspots, places-to-be.