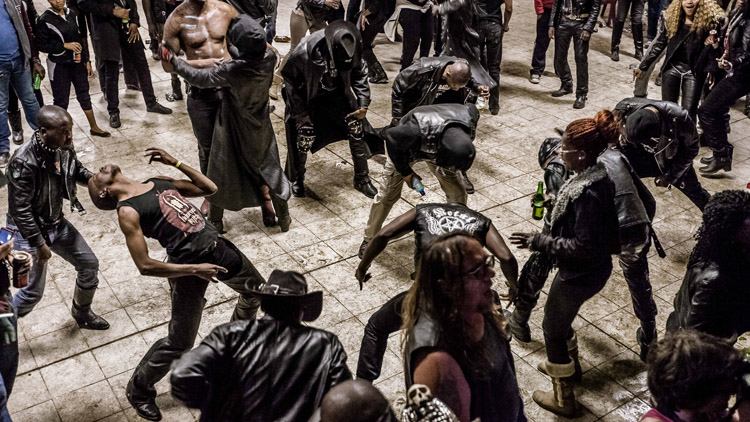 This is in Africa, Botswana. In May, some strange hard-rock fans meet in Ghanzi, in the middle of the Kalahari Desert. For a weekend, the town has lived to the sound of furious guitar riffs and old gas-guzzlers. Throwback to the Winter Metal Mania Festival!

The scene looks straight out of a new Mad Max: dressed in leather dust covers, wearing Stetson and bandanas, battalions of metal music fans stamped on the door of the village hall.
For two days and two nights, more than a thousand ‘metallers’ came from the four corners of Southern Africa to share their passion and fully express their love for hard rock. 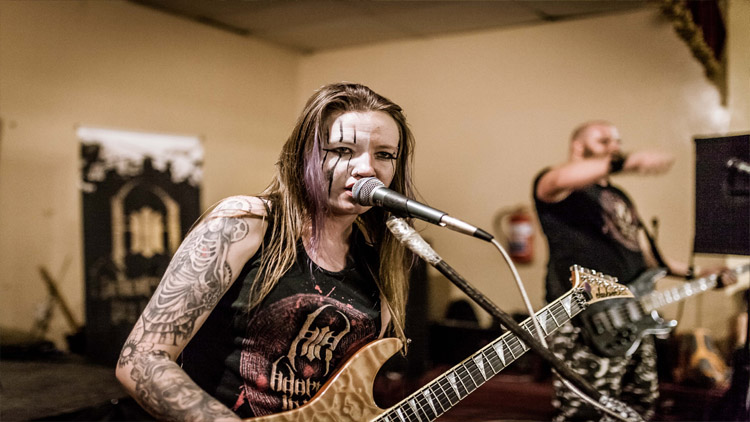 “A hard rock concert here is like a religious ritual. As we approach the event, everyone prepares meticulously, as if they were going to war”, says Tshomarelo Mosaka – AKA ‘Vulture’ – the bassist of Overthrust and one of the organizers of the festival. “From the first guitar riff, they release the energy stored up during these long weeks of waiting in a visual and sonorous noise”. When he was still a teenager, Vulture discovered metal thanks to an uncle who listened to classics like Motörhead. “This music has immense power over my temperament. It helps me convert the negative things I have in me into positive energy”, he continues.

The heavy metal subculture in Botswana is the result of the hybridization of a predominantly western subculture: many ‘metallers’ are cowboys from nearby villages and farms. They mix the image of the cowboy with the aggressive look of the heavy metal culture. “My grandfather was a cowboy and I chose metal music because it combines perfectly with my lifestyle”, shares ‘Desert Super Power’, the leader of Super Power. “I make my outfits out of second-hand clothes that I buy in Zambia or order in England via the Internet. I add all the extra ornaments. ” 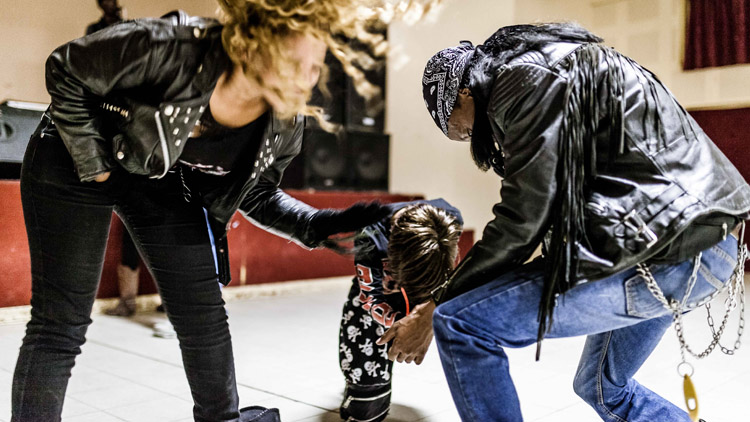 For many, it is a lifestyle, even a religion before even being a music. “Their relationship to music is pure”, says Robyn Ferguson, the singer of Adorned In Ash, the only white metal band in South Africa. “It flows in their veins”. Although coming from different social backgrounds – students, waiters, designers or even police – the ‘metallers’ share the same values. “Metal is a music of power, independence and freedom”, says Giuseppe Sbrana, singer of the local band Skinflint. When asked why he likes metal music, he replies: “It does me good, it makes me free. Christianity is the most widespread belief here, but I believe in Rock’n’Roll. It is the one that unites us! “.