Grand-Lahou, between two flows, a window on history 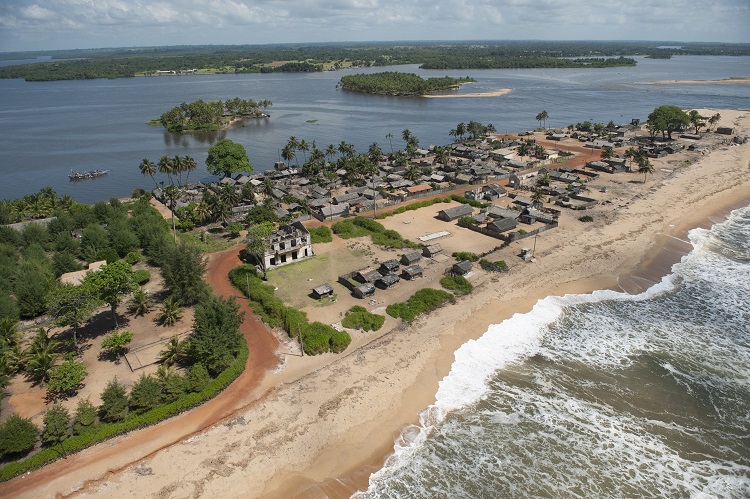 The city of Grand-Lahou was born around 1910 on the basis of a village avikam, the local ethnicity and a former German slave-trading port.
The city then had a population of 6600 inhabitants including 53 Europeans. It is at this time that were built wharves on the coast and that the “hard” buildings built directly on the sand are emerging. 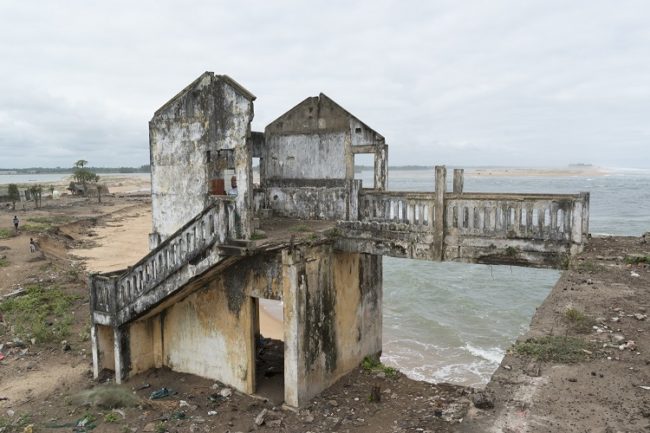 The traveler arriving in Grand-Lahou will be a bit puzzled. He wonders if he arrived in that mythical city historians speak about. He will soon realize that this new city is not the “Grand-Lahou” he seeks.  About ten kilometres still separate him from the shores of the Tagba lagoon where he will find on the other side a few huts, which mark the location of the former city. You can reach the peninsula aboard pinasses following random schedules. The current is strong and displaces the lagoon islets.

Three streams converge there; on the other side, the stream of the dangerous and tumultuous ocean, then the Bandama’s flow which varies depending on the year and the seasons and finally the majestic and calm stream of Mother lagoon. On the banks of the ancient city, one will be surprised to find a fishing village. A little crowd of young men and children welcomes the stranger. The ocean spray surrounds a historical walk and gives the city or what remains, that melancholic atmosphere that she had to live with for months, awaiting ships from faraway lands. 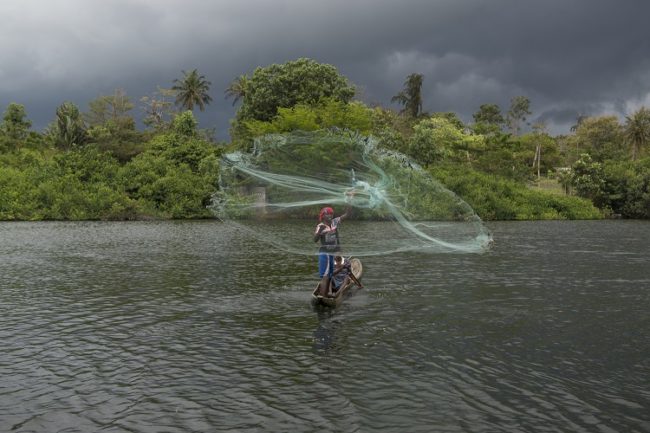 The ruins of the former Grand-Lahou, or Lahou-Plage for the locals have disappeared gradually under the deafening hammering of the raging ocean waves. The inevitable loss of its treasures was exacerbated by impassivity and fatalism.

Although the former trading post was still there less than ten years in utter disrepair, one could still discover the impressive ruins of colonial buildings whose walls still told the city’s grandeur at the time of the German and French presence. However, after each visit, the number of missing buildings increased dramatically, engulfed one by one by the hungry ocean.

Locals perceive the ruins of Grand-Lahou and their gradual disappearance, like that of Assinie, as an inexorable fate. The rumblings of the ocean remind us that it would have been futile to resist it. 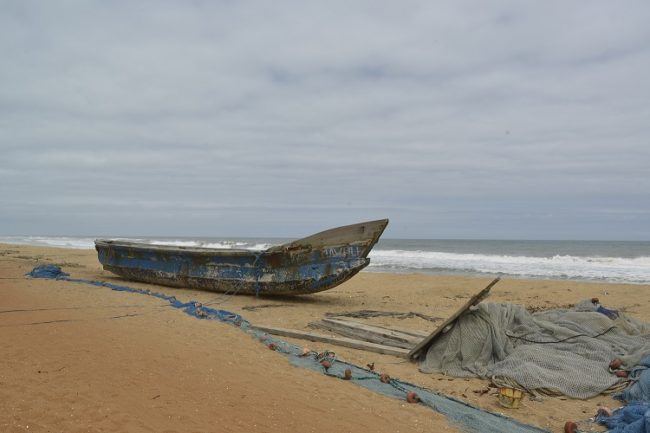 In 1993, within a few days, the waves swallowed about fifty meters of land, and in 1998, it is a whole part of the ancient city that disappeared in the ocean. Since then, the entire city disappeared in the ocean. One can still find some tiles on the other side of the mouth of the lagoon on the peninsula that leads to Toukouzou and Jacqueville. The ocean changed the location of the current estuary and found its way in the middle of the old city.

This is a lesson of humility. In Grand-Lahou, fatalism is synonymous for wisdom. 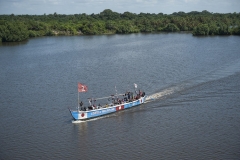 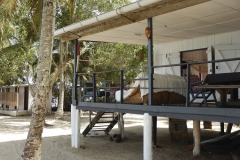 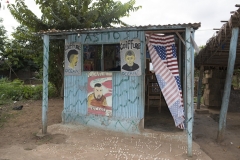 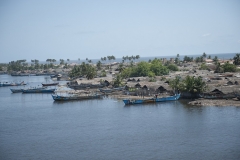 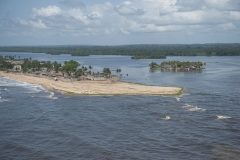 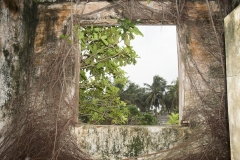 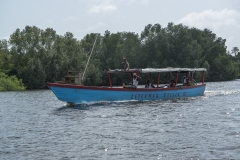