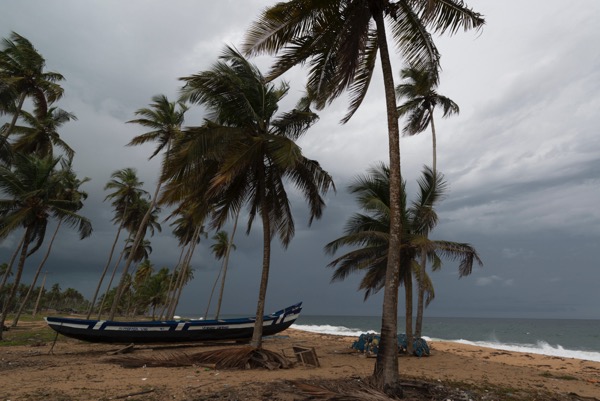 Grand-Bassam, is its civil name. But Ivorian people prefer the shorter name and simply call it Bassam.
The quartier France (in English – French district), which is the most charming part of the city, was the first colonial capital.

Built in the middle of swamps, it was abandoned in favor of Bingerville, which was renamed Abidjan, because of its unhealthiness and chronic recurrent outbreaks of yellow fever. 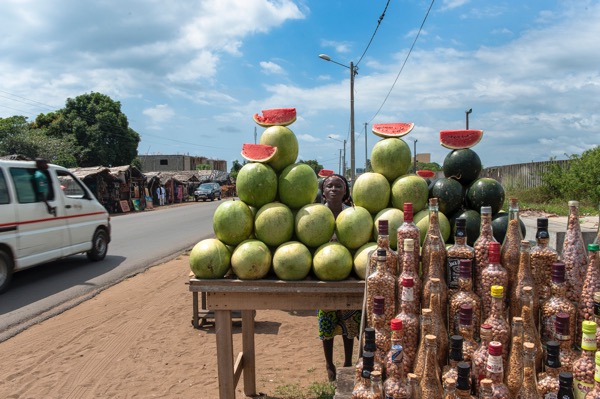 The construction of the wharf of Port Bouet and the opening in 1951 of Vridi channel eventually tolled the death knell of maritime activities in Grand-Bassam. It is now a major intersection on the way to Ghana and the Indénié. This city located about forty kilometers east of Abidjan has always been synonymous of beaches. And coconut groves. There are probably more coconut trees in Bassam than in the rest of the Ivory Coast. The beaches of Bassam, attract every eekends Abidjanese people and feed the cravings of those Ivorian people who stay far from Abidjan. Restaurants of all standings, hotels of all ranges, as well as craft markets, are opened both in Bassam and on the road leading to it.

The rest of the week, life seems to come to a standstill in the seaside town. Then, it seems that the city saw lives in slow motion because it is useless to run, the sun will still shine at the same time, same place, above the heads. And in Bassam, the sun shines since 1893, when Bassam used to be the capital city of the colony of the Ivory Coast. 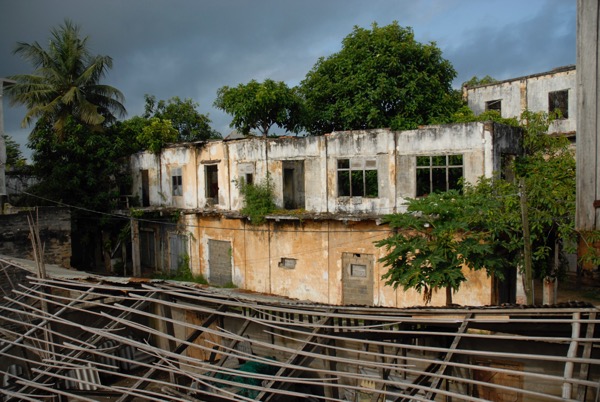 The former capital city that was once characterized by its dynamism has today has been abandoned and fight fiercely to preserve his dignity and what remains of its former glory. Wracked by the sea spray, it retains its ruins in the nostalgia of a past that is now almost forgotten, whose fragility is reflected in the leprosy of crumbly cement and of rust that cracks every day its roofless buildings, with disemboweled or overgrown with weeds facades.

Not many crumbling colonial buildings of the quartier France could say otherwise. They wait with nostalgia the rehabilitation by UNESCO, which classified them as a World Heritage.

WHERE TO SLEEP AND EAT

WHERE TO EAT ONLY