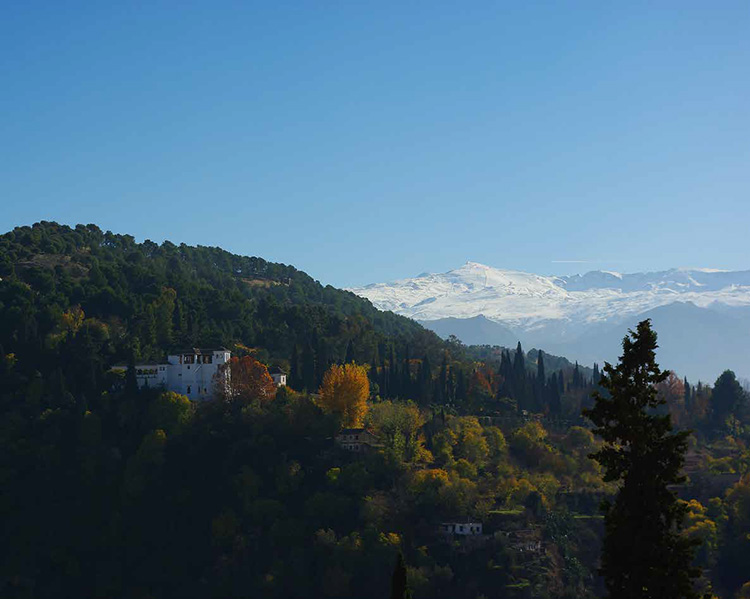 There is a lot of manners to know the unique city of Granada, the jewel in the South of Spain, the city where the signs of the Arabic presence in Iberian Peninsula have conserved the best.

In a simple walk in Granada, you can discover the corners that stay unnoticed for a hasty public and to know another city that is always waiting to be discovered. During a quick normal visit, only few people notice the tacas (small cavities at the entrance of each room at Alhambra) or the rawda real, an ancient graveyard of Nasrid kings, a San Francisco Convent, used today as a national inn, where you can see the first grave of Isabella I of Castille (the queen that called Granada “the city she loved more than her own life”)

In Albaicín, the Arabic quarter of the city, with its medieval outline you can find cármenes (noble houses with Arabic origins) as it is the Carmen of Cipreses, or the outhouses, today forgotten, by which the rebels escaped from the control of the Christians that arrived in 1492 to create a new city.

Passing through the city with our guidebook “Secret Granada” you accede to a knowledge that’s not only detailed but also far away from the walls. That is the aim, to know, for example, that in the Realejo (ancient Jewish Quarter) in the Casa de los Tiros, the ancient ancestral house of the Granada Venegas family, was kept Boabdil’s blade, now situated in Genova. It was kept here for centuries by the last owners of Generalife who received it as an inheritance of the marquises of Campotéjar. Or, finally, that in the cellars of the impressive palace of the marquises of Bellavista (today Mercedarias School) there are intact the Arab baths (that can be visited) of the Ziri époque.

Still being in the center of the city we can continue discovering the secrets of this incomparable metropolis. We can come up to the last place where Federico García Lorca lived before being carried to his cruel destiny by the Falangist; the house of the French Empress in the quarter of Magdalena; or, finally, one of the many places to discover, the ancient building of the Local Government, a real sanctuary for the lovers of the histories of the ghosts where in the decade of 80’s appeared a spectral figure about which we can still speak a lot.

An exceptional and miscellaneous walk through the most surprising and hidden of an inescapable city that with the guidebook “Secret Granada” will reveal all its treasures to a visitor that adventures to know in deeply with enough time to enjoy the secrets it has to offer to everybody.