Diane Audrey Ngako, in the manner of Proust 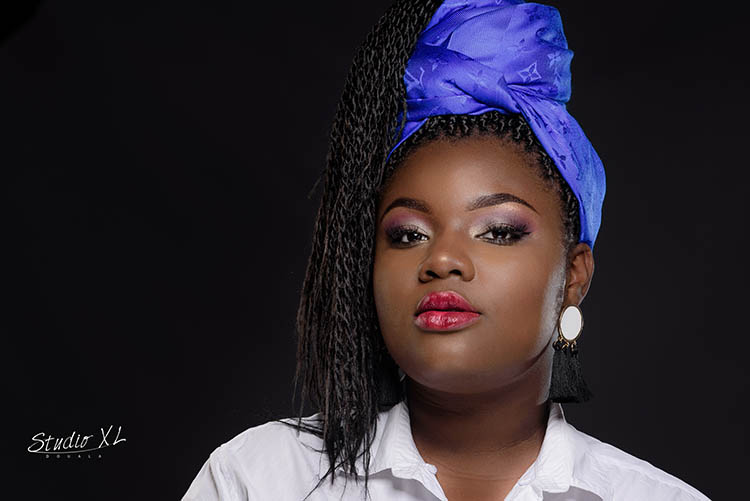 Diane Audrey Ngako, 29, is what we call a creative entrepreneur. With her vision shared between her job as CEO of her creative agency Omenkart, and Douala Digital Show, Diane excels in both contemporary art and events management. In May 2016, Forbes magazine ranked her amongst the 30 most influential young people under 30 on the African continent. She started her career in 2012 at Africa N*1, where she covered the shows culture talk. The same year, she became editorial manager of the Paris and online located Roots Magazine, a print magazine dedicated to Afro-Caribbean culture. Diane Audrey agreed to answer Hamaji Magazine’s questionnaire in the manner of Proust.

Gathering up experience, in 2014 Diane joined the editorial staff of Le Monde newspaper to cover Africa’s youth, and in 2015 she joined the team of the TV5 Monde’s Africa News as a columnist. With 5 years of experience in the French media industry under her belt, Diane Audrey Ngako return to Cameroon, her country of origin. Here, she opened her own agency in 2017, right in the heart of the city. In Akwa, her agency develops the international image of companies such as Oracle; WorldRemit, Cimencam, Chivas, Ecobank and Société Générale.

Believing that a continent is built by its culture, Diane Audrey Ngako created a publishing house in Cameroon that published a book of 100 photographs from the Instagram account of Visiter l’Afrique, her interactive and collaborative digital platform dedicated to tourism and culture on the African continent. As Malian photographer Malick Sidibe said, “Present the true face of Africa, of your brothers, because the world will not end now !” 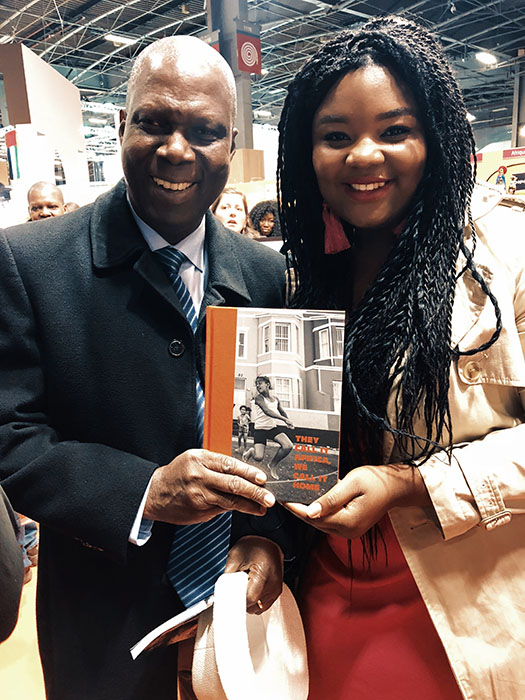 As the daughter of art collectors and a avid art collector herself, Diane Audrey Ngako launched the first Central African art fair in Douala in 2018: the Douala Art Fair. She describes her inspiration as the. desire to create a generation of African buyers, as this would ensure the continent’s creation is bought locally, and not just internationally.

Diane Audrey Ngako holds a Masters in strategic communication (ISEFAC Paris), and has long supported associations/initiatives raising awareness on albinism. For the past few years, she has been interested in the preservation of the pygmy environment; the reintegration of women in prisons; and mental illness. 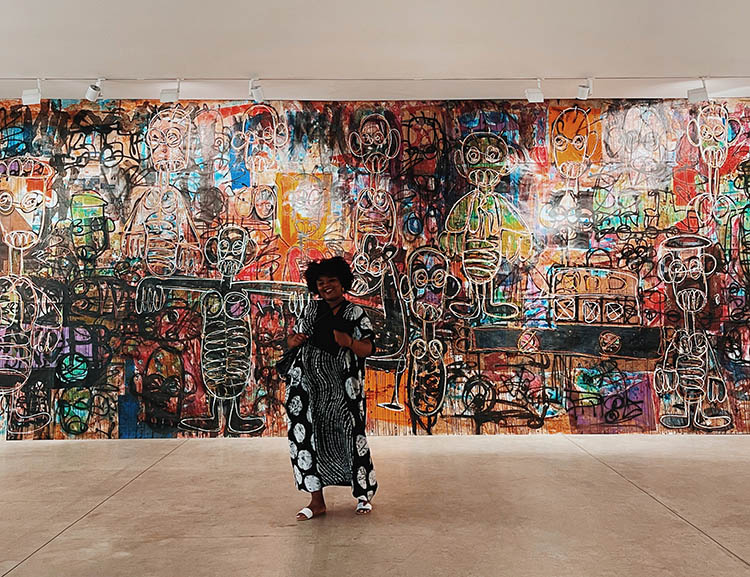 The virtue you value the most ?
Justice 😀

Preferred quality in others ?
Benevolence.

Your idea of happiness ?
Taking the time to sit under a tree, chatting with my parents or friends, cooking a meal for my lover, or just recording my moments of grace in my gratitude notebook. True happiness is to put place your happiness in the happiness of another.

Your idea of unhappiness ?
I don’t have one. I often like to quote my friend, author, Antonya David-Prince: “It is the night that awakens and reveals the stars”.

If you weren’t yourself, who would you want to be ?
Beyonce (laughs).

What do you hate most of all ?
Lies and people who break their word and make excuses.

The faults that inspire you the most indulgence ?
I’ve been tough on myself for a long time, but having a business teaches you about “the right to make mistakes”. The mistakes that I find most forgiving are those that are innocent, clumsy, and where the person responsible shows genuine goodwill to repair the damage and takes responsibility.

The gift of nature that you wish you had ?
To be a great painter.

What would you ask if the answer was a definite “yes” ?
Can I buy this house?

Your current state of mind ?
Serene.