Coffee, a journey into the heart of Congolese flavour 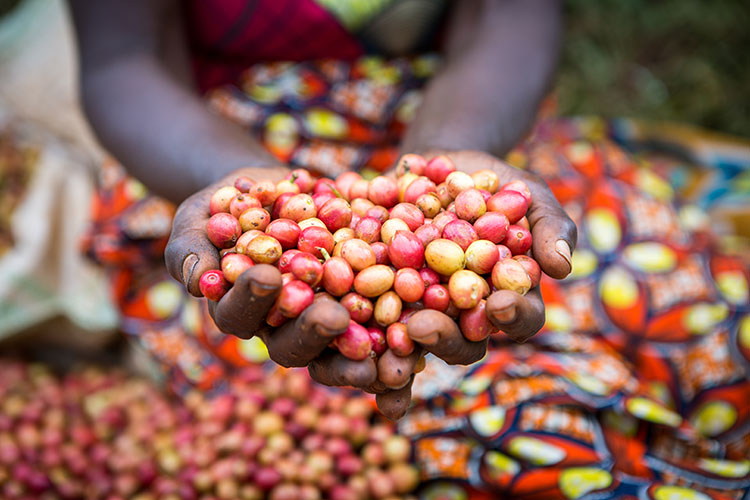 Hamaji Magazine has re-opened the window on the Democratic Republic of Congo’s prime producer of coffee, the Kivu region. In this magnificent province, often compared to Switzerland, a spirit of taste is cultivated. Journey with us and learn more about Congolese coffee!

Numerous agricultural initiatives have been initiated by small, local producers and the young diaspora returning to the country. Grown in farms where the concept of BIO takes on its full meaning, the Kivu province grows and harvests some of the continents most flavourful coffee. Here’s too the Democratic Republic of Congo retaking its former prestige and position as a world renowned coffee producer ! 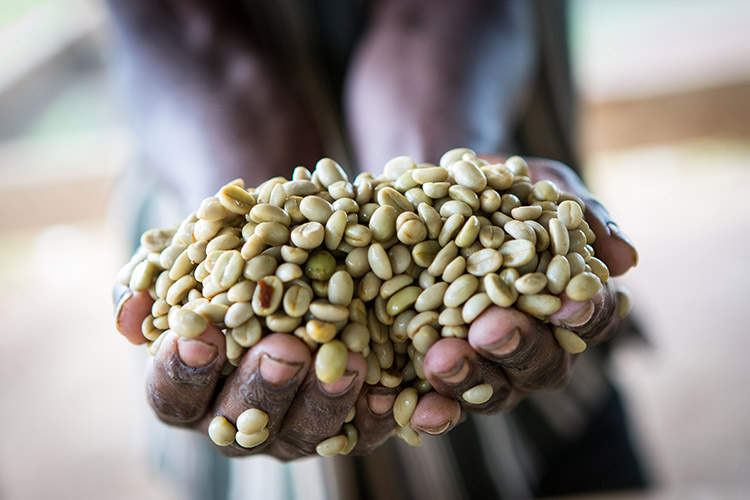 A journey through time

The story begins in 1928. The first attempts to cultivate species other than Arabica were made spontaneously, using various species from West and Central Africa. In 1881, Coffee liberica, a species originating from Liberia, was formally introduced to the Ivory Coast, Cameroon and the Belgian Congo. The cultivation of Coffee excelsa, discovered in 1902 in Central Africa, spread to Cameroon, Côte d’Ivoire and Guinea. In the Belgian Congo, agricultural prosperity, encouraged by the large colonial companies, supported the multiplication of Congolese plantations which experienced significant development between 1928 and 1929. This growth in coffee production had an impact on the price of Robusta, which soared on the world wide and Antwerp market during the 1920s, benefiting the agricultural economy of the Belgian Congo. 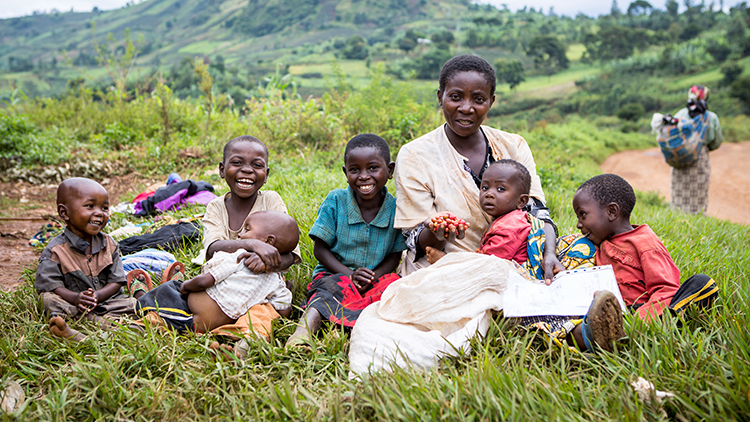 In Kivu, Ituri, ethnic Congolese were among the first to start growing Arabica. The intensive work carried out by Belgian agronomists allowed for an increase in productivity from 250 kg to one ton of coffee per hectare in a little over 25 years, accelerating the spread of Robusta cultivation. In 1960, the Belgian Congo was one of the world’s top thirteen coffee exporters. In 1953, it was ranked sixth in the world with 33 thousand tons. In 1960 this volume tripled, reaching 90 thousand tons.

On the shores of Lake Kivu 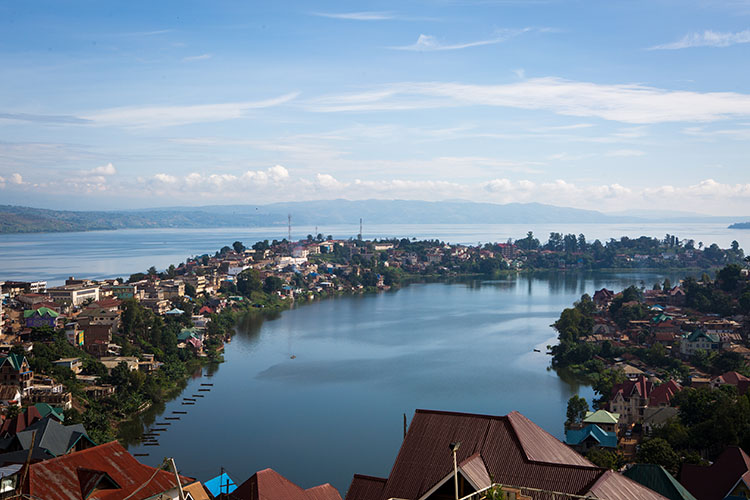 Coffee production in the DRC revolves around the region of Lake Kivu. There are approximately 11,000 coffee producers in the country who produce the two main varieties of coffee; Robusta and Arabica. In 1934, coffee production increased twenty-fold, to 12,000 tons. Although many varieties of coffee are grown throughout the DRC, the two main species are Robusta and Arabica. Robusta is mainly grown in the northeastern regions, such as in Isiro in Haut-Uele, and in the lowlands of Kivu, Kasai and Bas-Congo, while the lighter Arabica variation is grown at higher altitudes in Kivu and Ituri provinces. For the past four years, the authorities have been talking about reviving the coffee sector, but progress is difficult to assess.

Overall, the sector in the Democratic Republic of Congo produces 20% arabica and 80% robusta, with its exponential growth of fame accredited to South Kivu’s quality of Arabica beans. Its mountainous terrain and favourable eco-climatic conditions make the DRC the optimal position coffee bean growth. Today, coffee represents less than 1% of the GDP in DRC. However, the soil quality and availability of cultivable land, which is amongst the best in the world, gives the DRC enormous potential in becoming a major player in the worlds coffee industry. 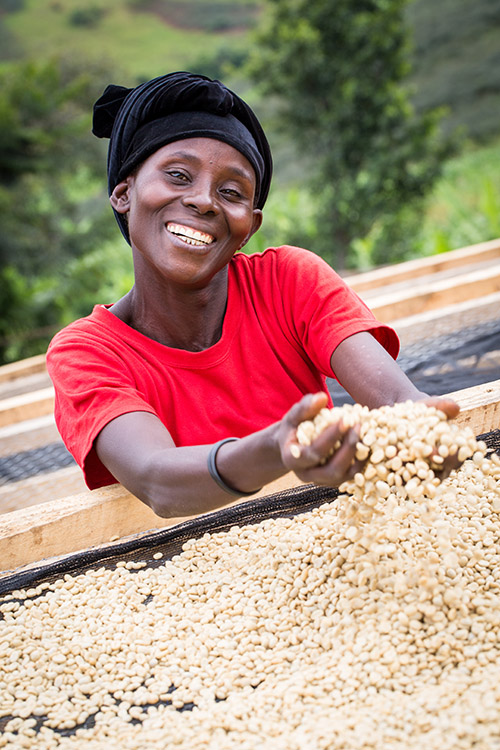 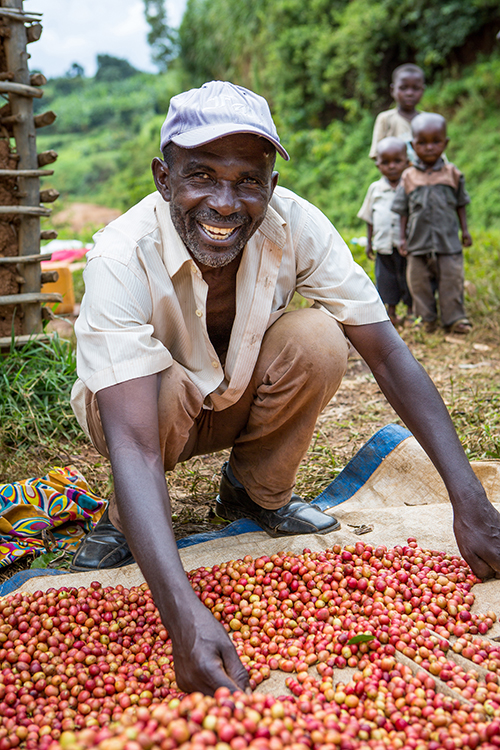 In 2013, there were only 11,000 coffee producers in the DRC. Cooperative associations such as Furaha, Muungano, and Sopacdi are valuable partners for coffee producers in both sales and distribution. In 2003, the cooperative SOPACDI (Solidarité pour la Promotion des Actions Café et Développement Intégral) was founded in Minova to support local producers, where it buys and resells the harvests of a 3000 member strong workforce. The return is invested in development projects. In 2009, a second cooperative, Muungano, was created. Other initiatives, such as the U.S.A.I.D. (U.S. Agency for International Development) program, aim to support small producers.

In Europe, as the same in France, coffee is the second most consumed beverage after water. Its cultivation provides a living for 100 million people, mainly in tropical countries: South America, sub-Saharan Africa and Southeast Asia. In DRC’s Kivu region, that “brown gold”, is the tastiest coffee in Africa. Far from any mechanisation, the harvest is done by hand and is a guaranteed “organic” process. Even prestigious brands such as Starbuck’s and Nespresso have sent their ‘gringo’s’ to scout Kivu for its top quality green beans.

In May 2017, SOPACDI won an SPP world record (www.spp.org) for being the best tasting coffee of the year. This is the second time the company has won this award, with the previous award having been won in 2014. 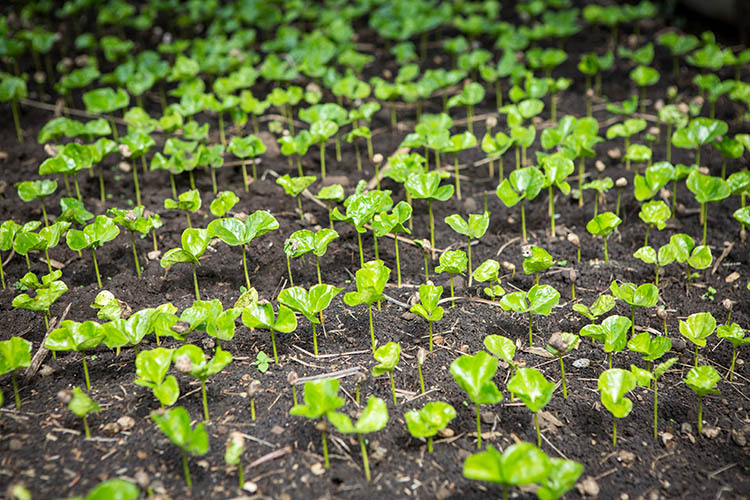 The flavour of Congolese coffee

There are several varieties of Arabica: Blue Mountain, Local Bronze, Rumangabo, Kabare, Maragogype, Bourbon, Jackson 2, Caturra, Typica, Amarela, Mibilizi, Mysore. In the Eastern Province, several Robusta varieties are grown (L-36, L48, L93, L147, L215, L251), and “Petit Kwilu” (La93, La158, S9, S19, S23). Its seeds are smaller, its taste sweeter and less bitter than the traditional robustas. In terms of taste, the Arabica of DRC is full-bodied, fruity and develops a medium acidity.
The aroma of Robusta is often described as bold and earthy. Containing a lot of caffeine, it is often combined with less intense beans when creating blends. Robusta delivers chocolate and nutty notes. Unlike other varieties, Congo Robusta does not give a “burnt” sensation. Rather, it leaves a harmonious and well rounded overall impression. 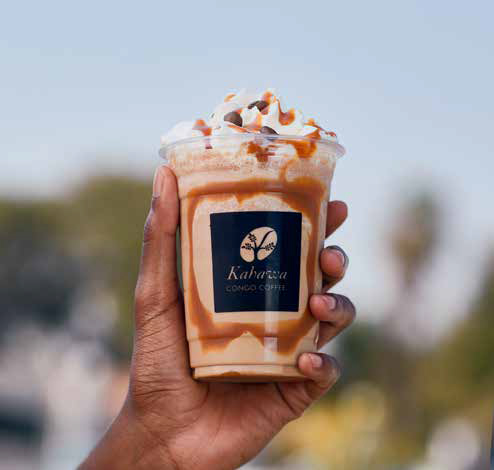 Congolese Arabica can be enjoyed at any time of the day. It is ideal for a coffee break, where a pause from work becomes an opportunity to explore the different flavours within Congolese coffee. The Arabica bean offers a powerful body, while assuming a beautiful aromatic complexity.
Balanced and sweet, it is a well scaled bean where the powerful charm of Kivu is reflected. Although coffee can be ground, we recommend that you buy your coffee in beans, as the aromas are better preserved. Today there are many choices, Café Kivu and Kawa Kivu are local labels produced in Kivu, while international brands such as Ethiquable, Nespresso, Malongo, Hop Café, Café Michel, Vert-tiges, Eric Arabica all feature Congolese beans. Drinking coffee made in Congo evokes a travelogue. The passion and courage of the producers to continue producing beans despite the chaotic environment of the east of the country can only be admired.