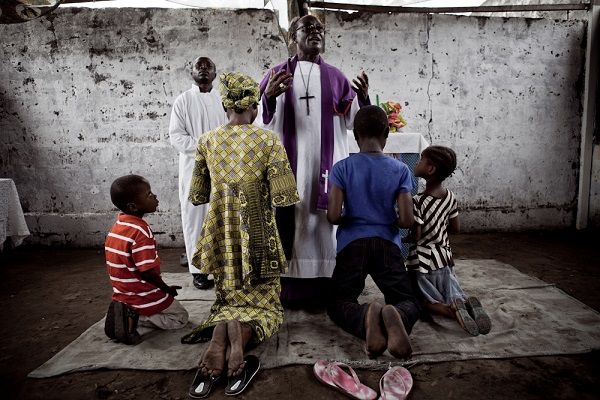 Because they are sick or unwanted, many children are thrown out of their house after being accused of witchcraft by their families.

“My mom chased me away because I ate too much. I was too demanding. They hit me with a stick so that I say that I was a witch. Then, Mom brought me to the church of Bima. There, they said that I was a child-witch. They poured oil into my eyes for my salvation. But when we came back home, mom told me to leave, because I was a child-witch.”
Like 80 % of the 30 000 estimated children who live in the streets of Kinshasa, Sankas, 13, beacme a « Shégué » after witchcraft acusations proclaimed by his family and confirmed an independent church. 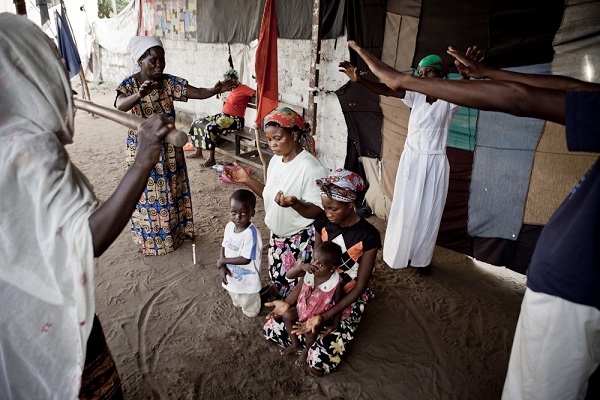 More than 7000 in the Congolese capital, these recent communauties play an essential role in the process that lead some Kinshasa’s families to abandon their children. By giving a spiritual guarantee to the overwhelmed or worried families, these communities of diverse inspirations, stigmatized under the name of “awakening churches”, transformed, within 20 years, a limited phenomenon into an ordinary acceptable social reality.
Absence of basic services, of public assistance, even of State: families are often distraught in front of problems (accident, disease, death, unemployment… are often the basis of the accusations) and number of mouths to feed. They then turn to those churches for helpand advices. The pastors, who trade exorcims an prays, declare, of course, that they provide solutions to these disoriented households.
Consequently, approximately 650 children are chased away in the streets of Kinshasa every month, 65 babies are born there, only a third of the children is in contact with an associative structure. They form a parallel, autonomous society, which survives of getting by and prostitution. The treasure they supposedly compiled in the second world does not help them in the first one. 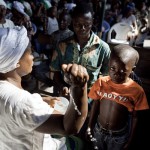 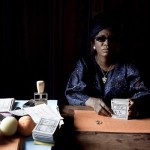 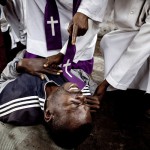 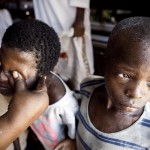