Berlin rolls out the red carpet for Congolese fashion designers! 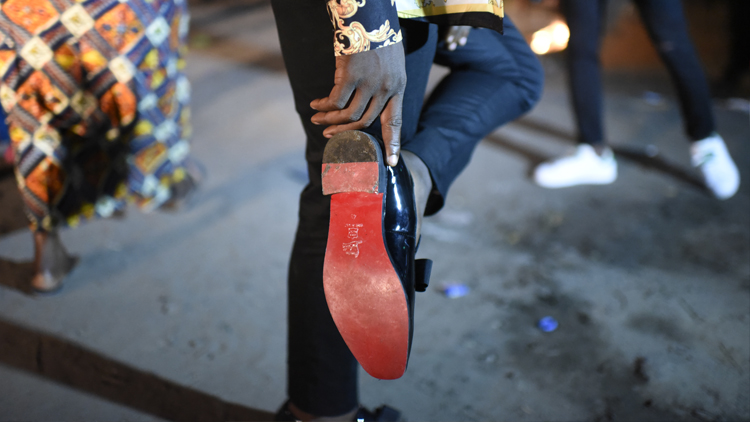 The German cultural centre in Kinshasa, the Goethe-Institute, created with Congolese and German filmmakers and stylists a web series between Kinshasa, Guangzhou and Berlin to diver cultural clichés by taking the public for a roller coaster-like ride through the true and false, piracy and appropriation.

Back to the beginning was fashion!

We already knew “An African City” by the Ghanaian film director Nicole Amarteifo and the superb Angolan production Windeck, two series made in Africa that magnify glamor and fashion. Kinshasa Collection (KC) also revolves around the industry of fashion, glamor and internet, and more than that! Here, the difference is essentially around a mechanism that is articulated around both fiction and documentary. Kinshasa Collection is an ambitious project on three continents – Africa, Asia and Europe – that brings together different disciplines: styling, modelling, cinema, music, sapology … The project is underpinned by a form of commitment felt in in the way it deals with the subjects addressed.

Basically, as the initiators of the project explain, there is an incalculable desire to reveal Kinshasa to the rest of the world by lifting the veil on what the Congolese capital has to offer. Abandoning the clichés of the street children with the balloon-like abdomens, the streets drowned under garbage, descriptions of misery and desolation, the Web series wants to highlight the new talents of Kinshasa and shine the spotlights on the world of “fashionista Kinshasa”. 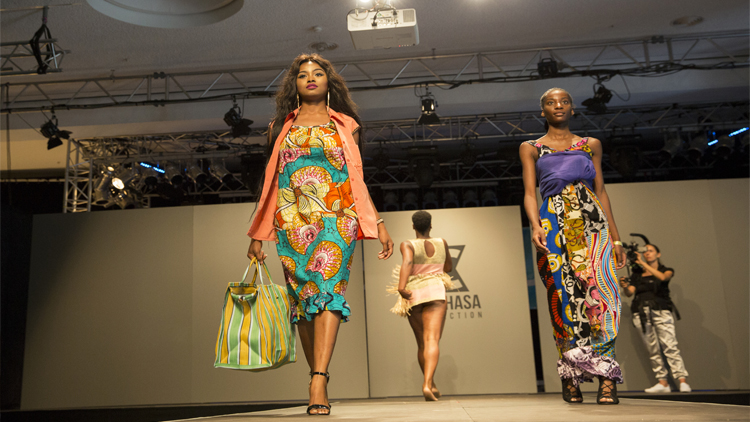 Cédric Nzolo nicknamed “semi god” by the team of Kinshasa Collection designed the logo of the web series. For this young teacher at the Institute of Arts and Crafts of Kinshasa (ISAM), it is now time for the Congolese designers to propose something more original. During the launch of the Kinshasa Collection in Berlin on 11th August at the prestigious Haus der Kulturen der Welt, he watches, marvels and remains fascinated by the work of Congolese stylists like Lydie Okosa, Djo Shongo and Daniel Mbueza. He describes how he felt overwhelmed by the work of German film director Dorothee Wenner who directed the six episodes of the web series. “When Dorothee arrived in Kinshasa to talk to us about the project for the first time, I confess that I was a thousand miles away from imagining that I was going to play my own part in the series. It made total sense that I should not play the role of someone else. I was myself “.

Clothes, an art, a philosophy

Stylists who are these former students of Isam, have agreed to show their work while inviting the public to a real initiatory journey into their professional universes. “Lydie Okosa offers original clothes that also stimulate reflection,” explains Dorothee Wenner. “Looking at her collection, we see that her creations tell a story” explains the film director before going on “When we went to Lydie, we came across a lot of second-hand clothing balloons, these clothes come from Europe, but in Kinshasa they can be recycled and customized with African wax. This gave rise to special collections like that of KC “. This work which inherently advocates the art of recovery was the theme of Berlin’s fashion week. 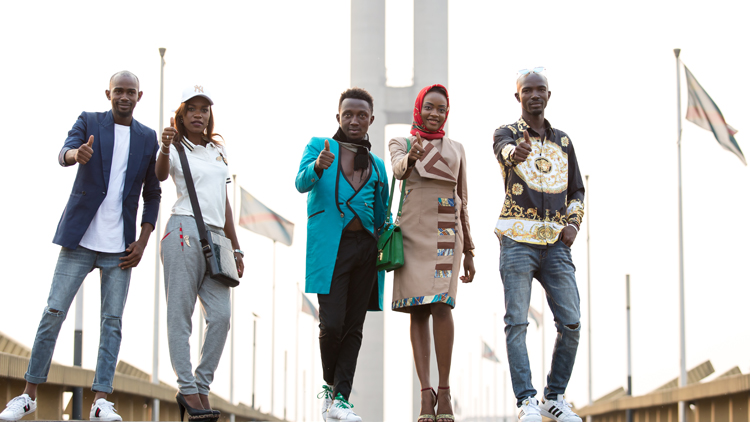 Beyond the cuts, claiming our identities

In Berlin, the audience was also invited to travel in the universe of “Kizobazoba”. Essentially made of patchwork, the Kizobazoba in Lingala or Changa Changa in Swahili refers to the idea of ​​mixing. “For us it was very important to give space to the Congolese creation, something that we already do through our institution,” says Gitte Zschoch, director of the Goethe-Institute of Kinshasa and co-producer of the web series. It is this respect, consideration and recognition that led the artist Wilfried Luzele better known as LovaLova to join the Kinshasa Collection adventure.

For this musician and sapper artist, who created the musical theme of the series, it was important to talk positively about fashion in Kinshasa. “In Kinshasa, fashion is important, everyone wants to be chic”, says the artist, who admits that Wemba, Stervos Niarcos and Mbuta Mashwa, the biggest names in Sopo and Congolese music, are his role models. “Often, when people talk about the notion of “sappe”, people think immediately of hyper-coloured clothes and extravagant outfits.” It must not be forgotten that the sappe was also a way of asserting one’s identity”, stresses Dorothee Werner.
The story of Kinshasa Collection is thus told through pictures on the Internet through six episodes shot between Berlin, Kinshasa and Guangzhou, China. If its creators could not address all the themes of the Kino fashion, they managed to bring together multidisciplinary artists and start discussions around clothing, textile production and identity.

Kinshasa Collection is a project from Pong Film Berlin and the Goethe-Institute Kinshasa. It is supported by the Funds TURN from the Cutural Foundation of the Federal Republic of Germany, by the Medienboard Berlin-Brandenbourg and by the Maison des Cultures du Monde in Berlin.