Between Egyptian symbols, traditional photographs, childhood memories and African proverbs, Aïssé Ndiaye has managed to make a clothing brand called Afrikanista out of the crossbreeding of all its elements. Launched in 2014, this young woman of French immigrant background makes her dual culture a source of wealth. Beyonce, loves the concept and wears her products during her last trip to South Africa. A number of well-known personalities have been featured on the album, including the rapper Youssoupha, the singer Asa, Bozoma Saint Jones and many others. She draws on the work of the great Sheikh Anta Diop, through which she rediscovers herself, a constant search for identity that allows them to pass on to us pieces of African history. Aïssé is a 37-year-old woman with an atypical background, who makes her personal history, during which she was broken several times, a mirror for those to whom the word is not always allowed. She is used to sharing her journey with the youth! Just like the eye of Horus or Oudjat broken into 6 pieces then reconstituted, Aïssé embodies the symbol of the victory of good over evil and integrity. 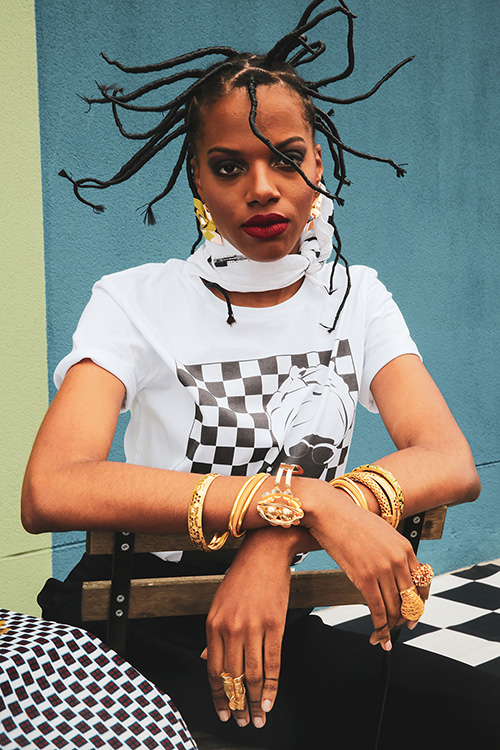 On vacation, are you more of acity, beach or nature person ?
On holiday, I’m more of a city person but I like to intersperse it with nature.

A 3-word definition of your ideal holiday
Escape, change of scenery, culture

our favourite place in the world
Dakar, Medina district

Your favourite hotel
The Radisson Blu at Dakar Sea Plaza

On an island what would you take with you ?
My notebook to write, paint and canvases to paint, my mobile phone to listen to music.

Your last trip
Switzerland, to attend an event during which I presented Afrikanista. The Afrodyssee.

Your next trip
Senegal

A time travel
My childhood. A trip back in time would be my childhood years because it is there that in primary school, I discovered art in all its forms (Egyptian, Greek and Roman antiquity, but also impressionism, fauvism, modern art, cubism) as well as literature and stories. For me, this is a very important period because it will impact my passion for the arts and writing in general. I owe this to my teachers.

What would you ask if the answer was “yes”?
Travel!

2003: I gain my independence by leaving the family cocoon
2008: I become a Visual Merchandiser
2011: The idea of Afrikanista begins to germinate in my head
2014: This corresponds to the official launch of Afrikanista
2016: I made a key trip with my father to Mauritania
2018: The Beyoncé Tsunami wearing one of my T-shirts in South Africa