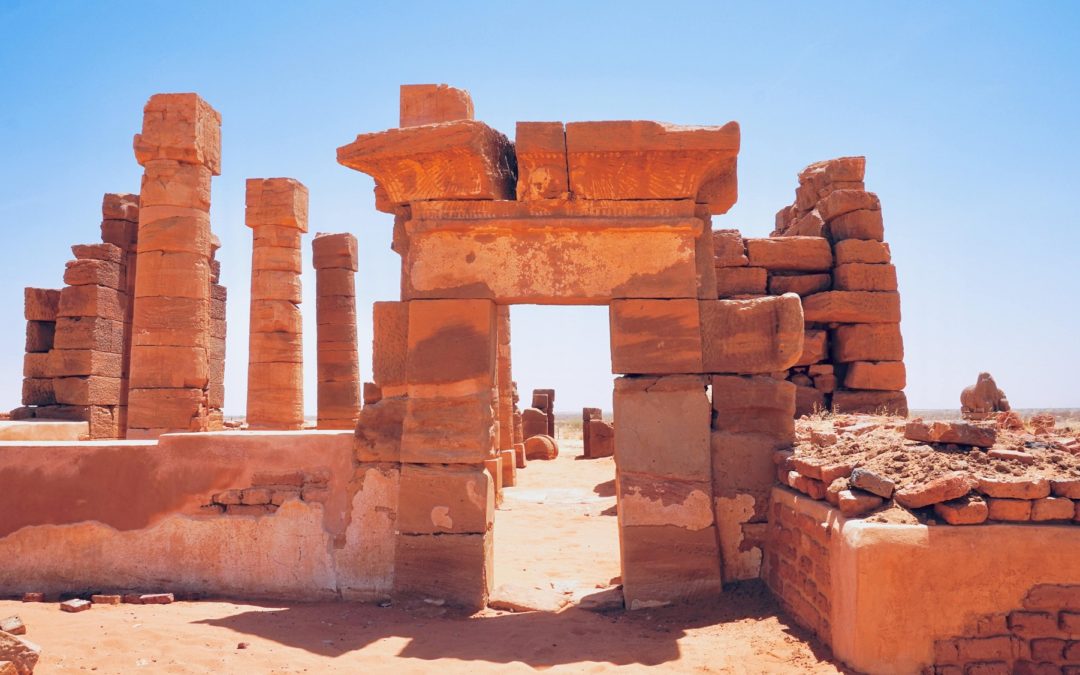 Dare to venture off the beaten track and you will be richly rewarded. Sudan is not your everyday travel destination, but that’s exactly what makes it so fascinating.

Sudan is an archaeological treasure trove waiting to be discovered. In ancient times, it was known as Nubia – a powerful kingdom rivalling Egypt, comprising the entire southern Egyptian Nile Valley. It was during the 25th Dynasty that the Nubian Pharaohs conquered their neighbours, extending their control to the entire Nile Valley – and so the age of black pharaohs was born.

A country  renowned for its hospitality

With tourism in its infancy, you’ll have some of the most spectacular and lesser-known wonders of the ancient world all to yourself. Feel warmly welcomed by the Sudanese people, renowned for their hospitality. Partake in the local tradition of savouring a roadside tea or coffee, meticulously prepared by one of the ladies from behind their uniquely decorated stands. Marvel at the ruins of temples honouring the gods and be mesmerized by the mysticism of the Sufis who gather every Friday night at Hamed El-Nil mosque. Haggle your way through bustling Omdurman souk, in search of leather goods, traditional coffee jugs or antique Bedouin jewellery.

But the star attractions are most definitely the 350 pyramids built some 2 500 years ago by rulers of the ancient Kushite Kingdom as tombs for their kings and queens. Very few people are even aware there are pyramids in Sudan, never mind that there are twice as many here than in Egypt. Compared to the tens of millions who visit Cairo every year, only a handful of tourists travel to Sudan. Despite sharing borders with conflict-prone neighbours, Sudan is stable and peaceful. The pyramids and other archaeological sites are situated in the very northeast, far removed from skirmishes in the south, including the troubled region of Darfur.

Three hours drive from Khartoum lies the ancient necropolis of Meroë, once the capital of the Kingdom of Kush. A UNESCO World Heritage Site, it is the largest burial complex of its kind. Nubian pyramids look very different to their Egyptian counterparts, with their smaller bases and steep sides, characteristic of the Kushite style of architecture. But what they lack in size, they more than make up for in number – with 200 spread over 3 cemeteries in this one location alone. Look in any direction, and your gaze will fall on one of these funerary monuments. Over 40 kings and queens were buried here. Visit at dawn to experience sunrise over the pyramids, with only the whispering sands surrounding you, and not another tourist in sight.

Jebel Barkal is a small mountain that rises up from an otherwise completely flat landscape. The Temple of Mut, built in honour of the goddess Mut, is carved into the base of the mountain and contains paintings and inscriptions on the chamber walls. Scattered around its base are the ruins of the once thriving district of Napata, and a small cluster of slender pyramids, built between the third and first century B.C. Another group of pyramids can be found at Nuri, 10km from Jebel Barkal, though many have been heavily eroded or buried under a sea of sand.

Also worth visiting, are the temples of Amun and Apedemak in Naqa, as well as the Roman Kiosk and the elephant engravings and statues of Al-Musawarat es-Sufra. Wander freely amongst the ruins as you admire these once-glorious temples built in honour of the Nubian gods.

One of the most incredible sights within the royal cemetery of El Kurru is an area containing the remains of dozens of tombs. Most of the entrances lie buried under sand however there are two tombs that can be entered using a flight of stairs into the crypt. Beautiful paintings dating back to the 7th century B.C adorn the walls and ceiling of the tomb belonging to King Tanwetamani. The tombs were constructed to serve as the final resting place for four Nubian kings and their royal relatives.

Sudan is an undiscovered gem and the Nubian pyramids are without a doubt the highlight, transporting one back to a time when the black pharaohs of Kush reigned supreme. But don’t wait too long to visit, as it won’t stay one of the adventurous travellers best-kept secrets for much longer! 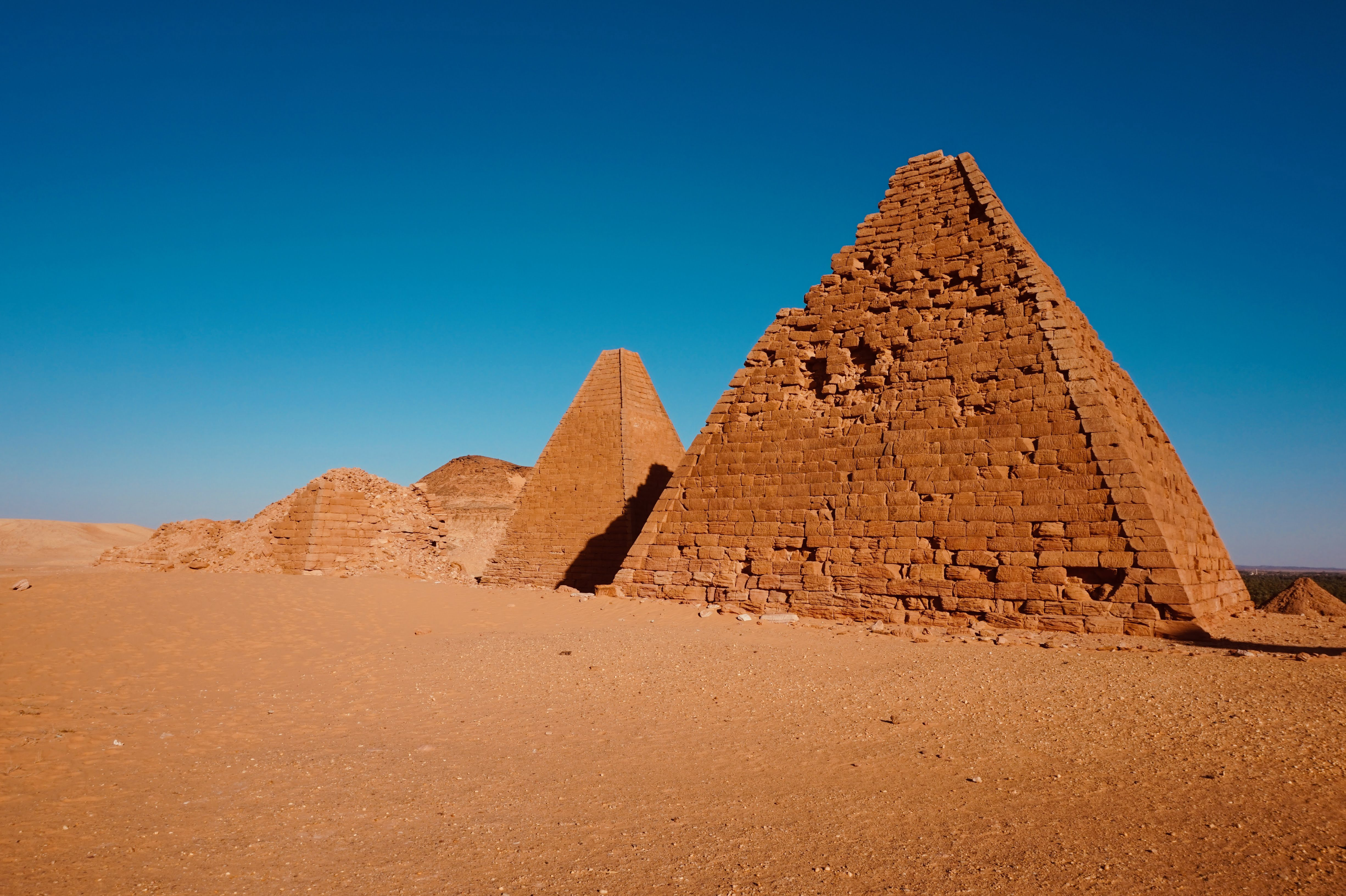 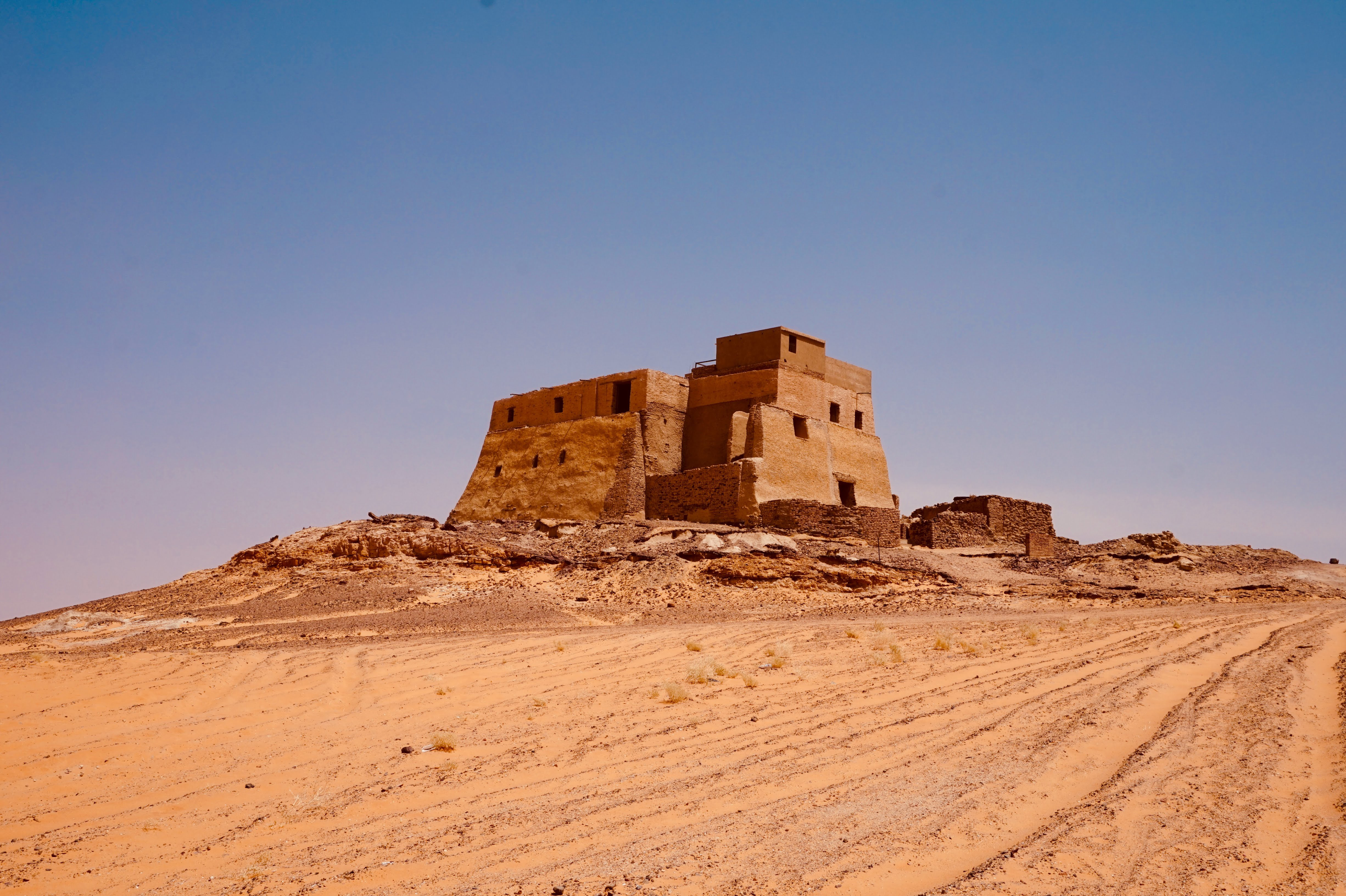 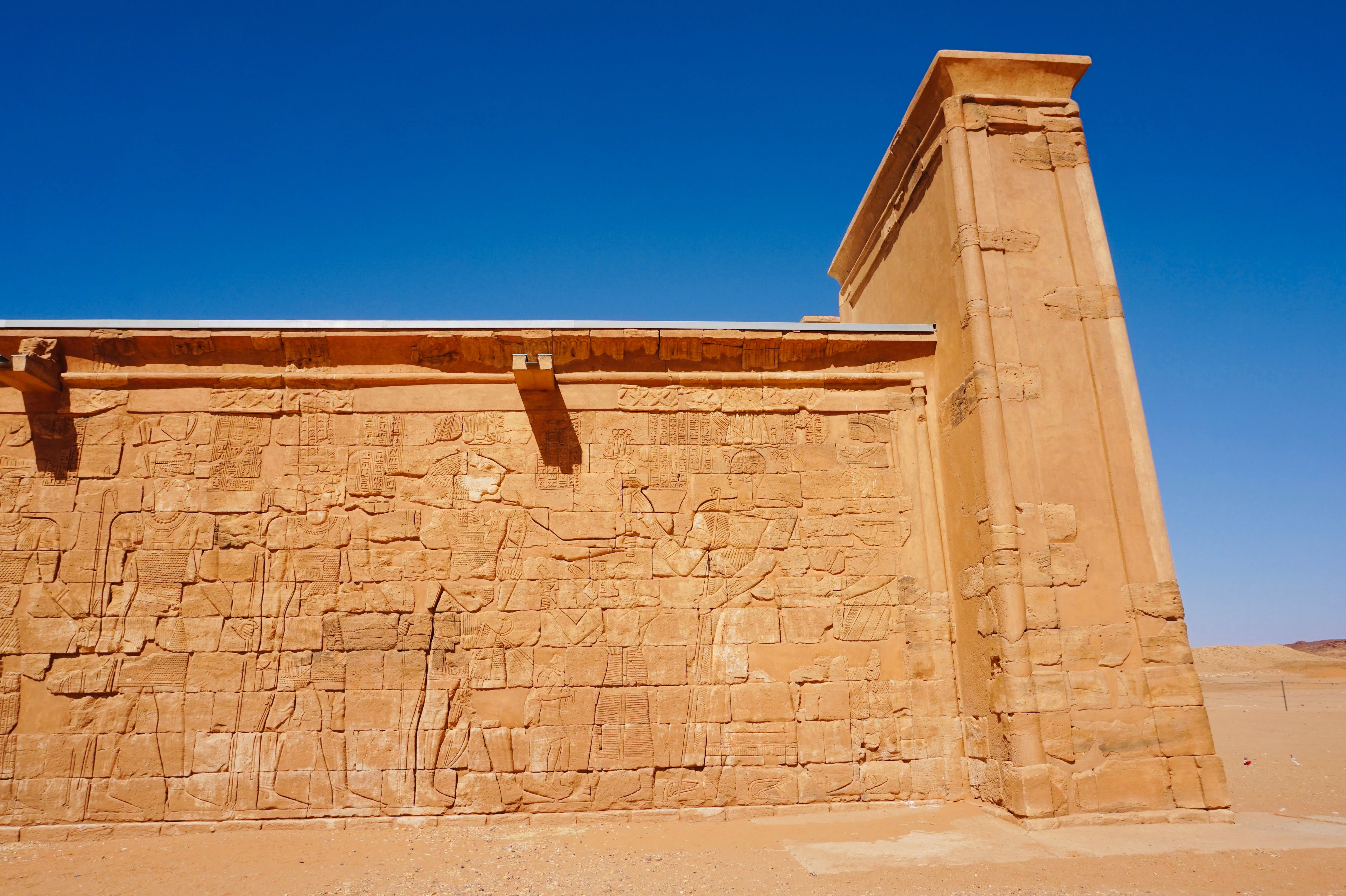 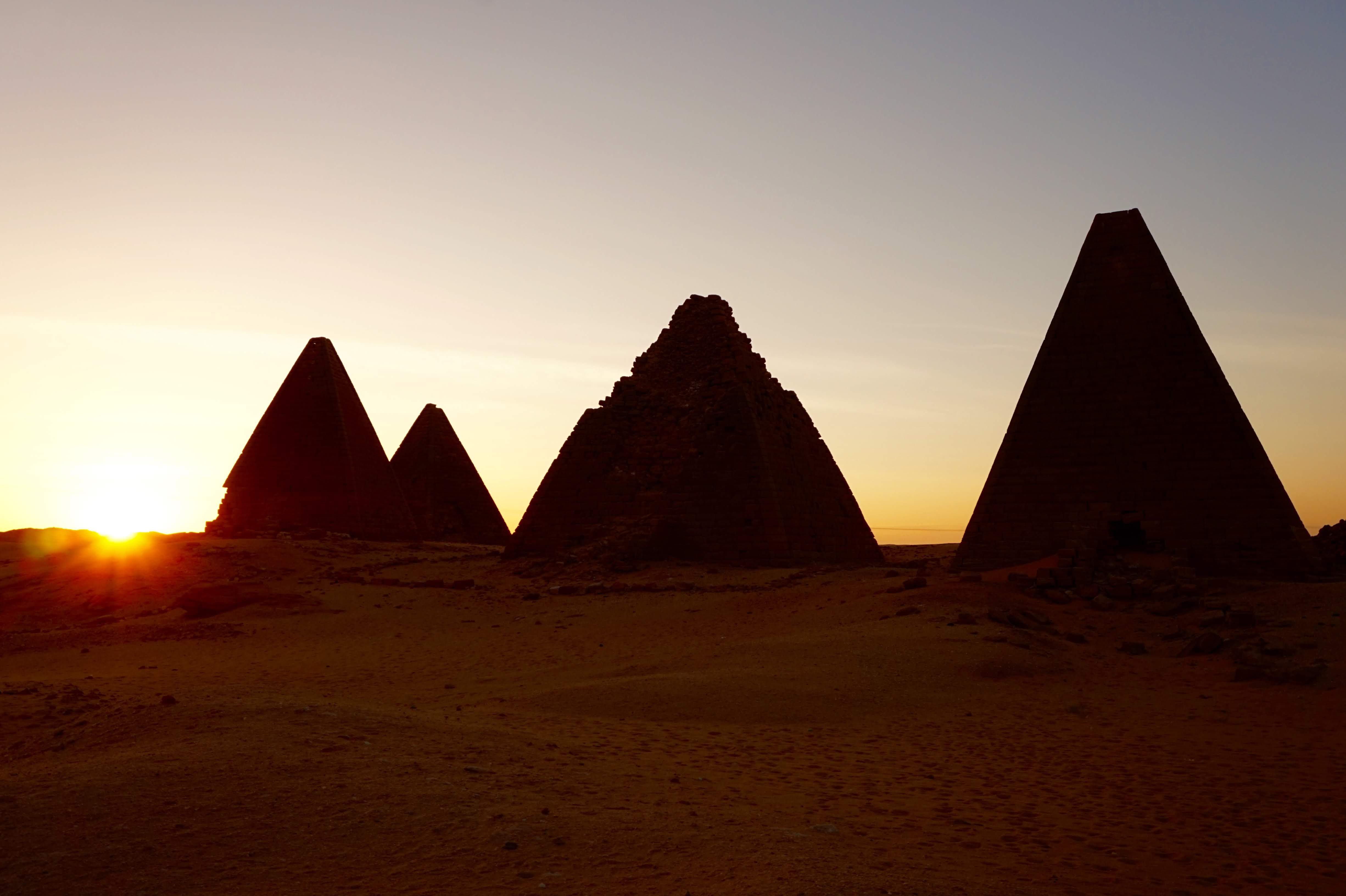 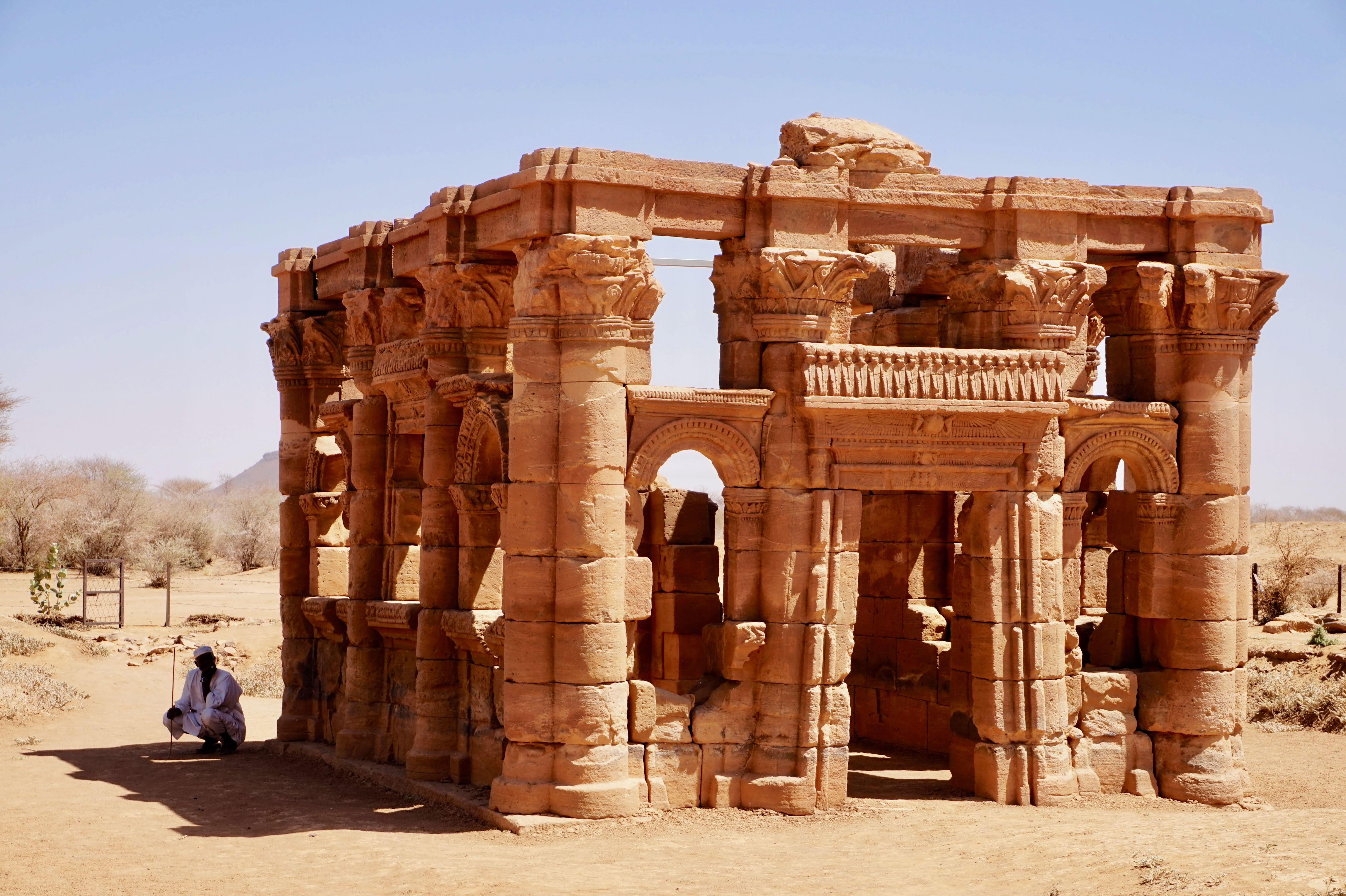 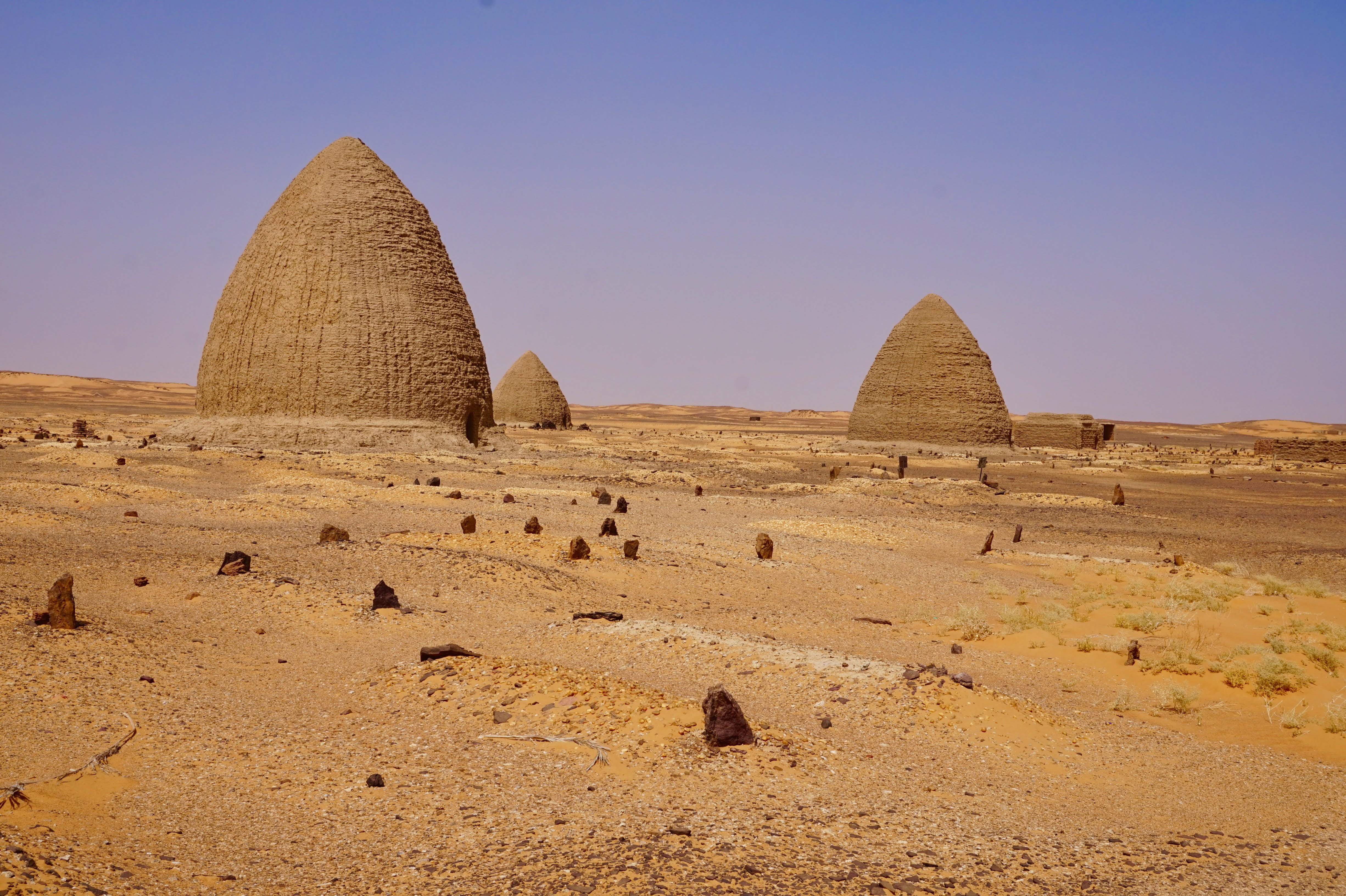 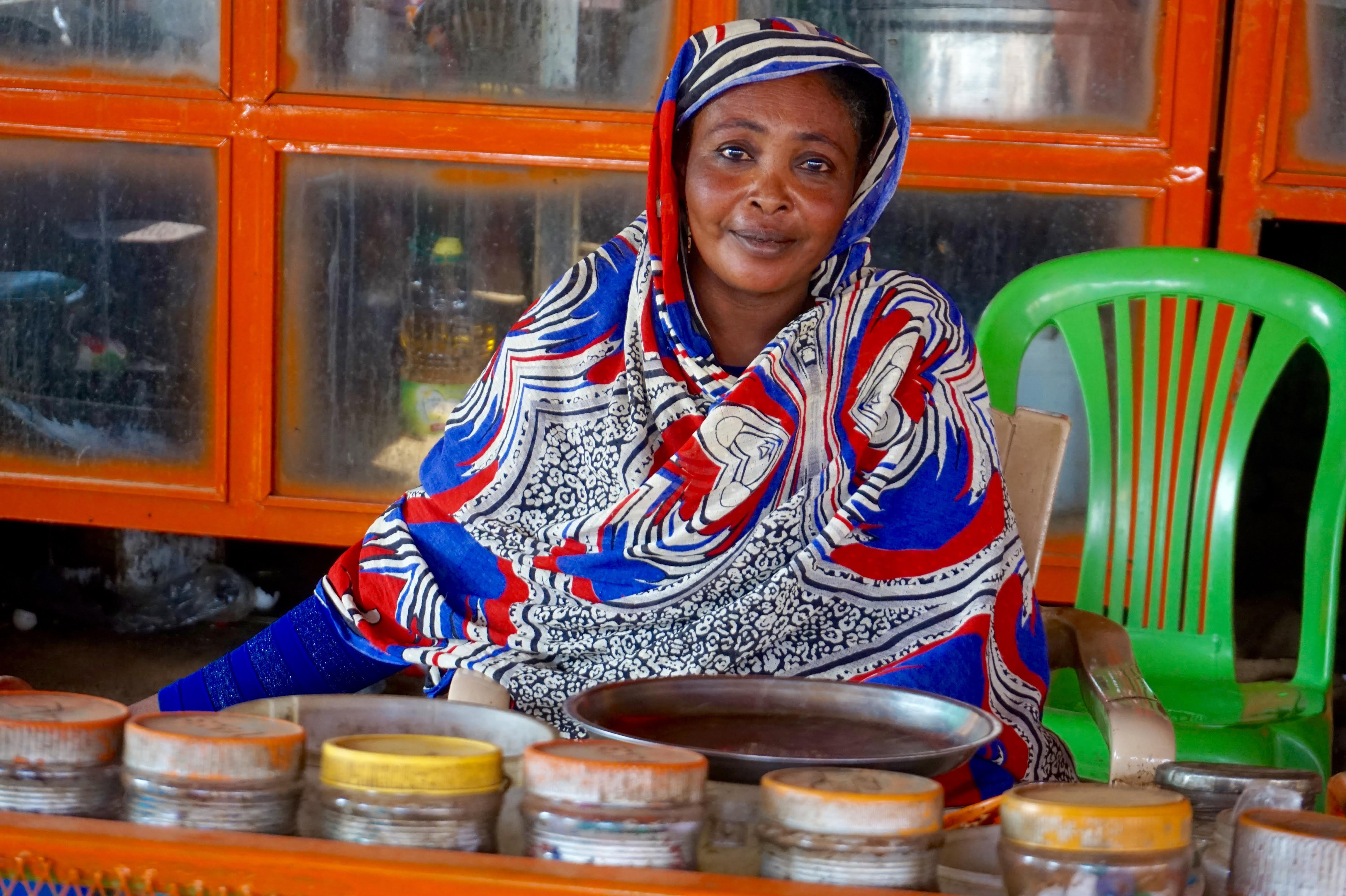 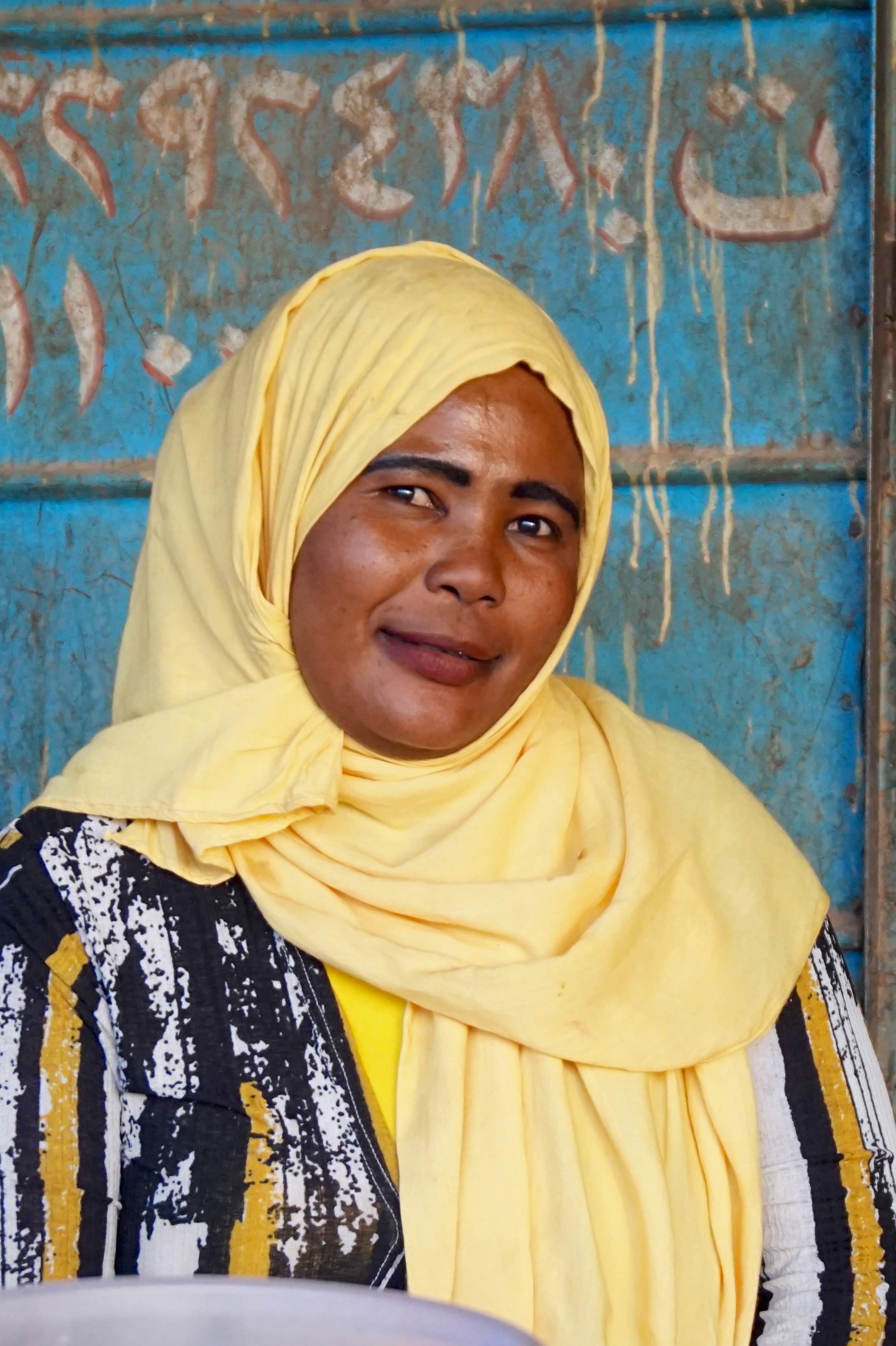 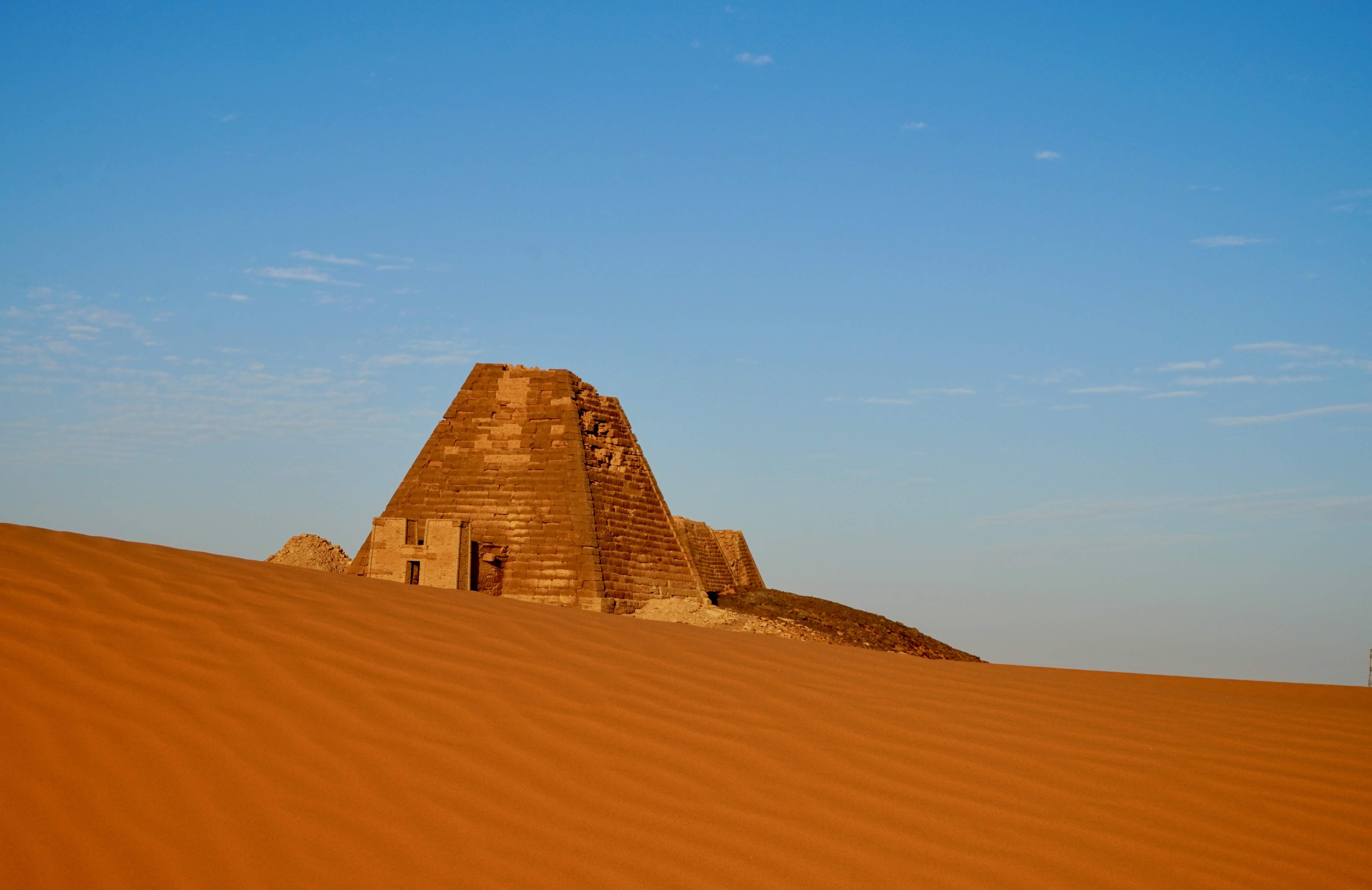 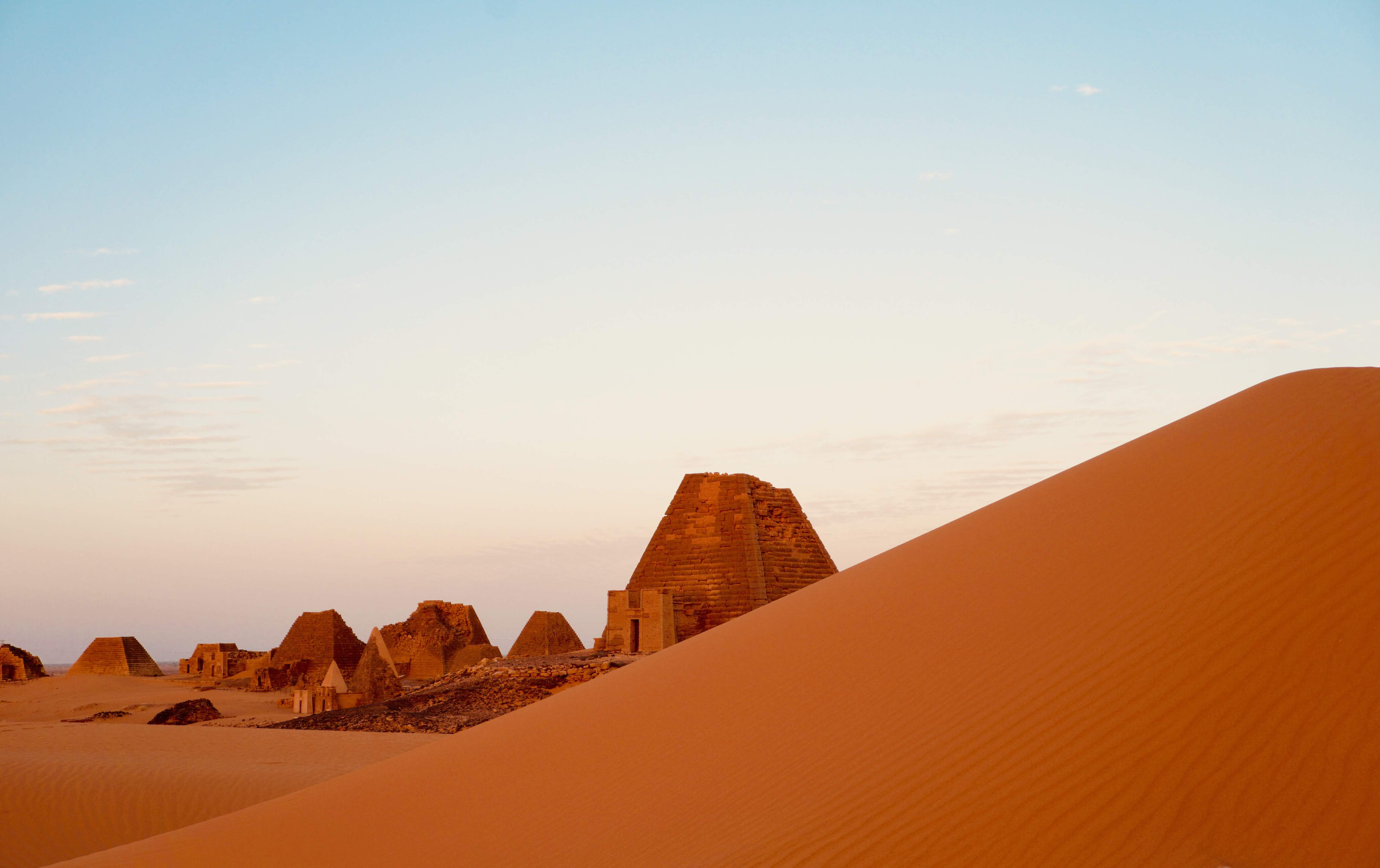 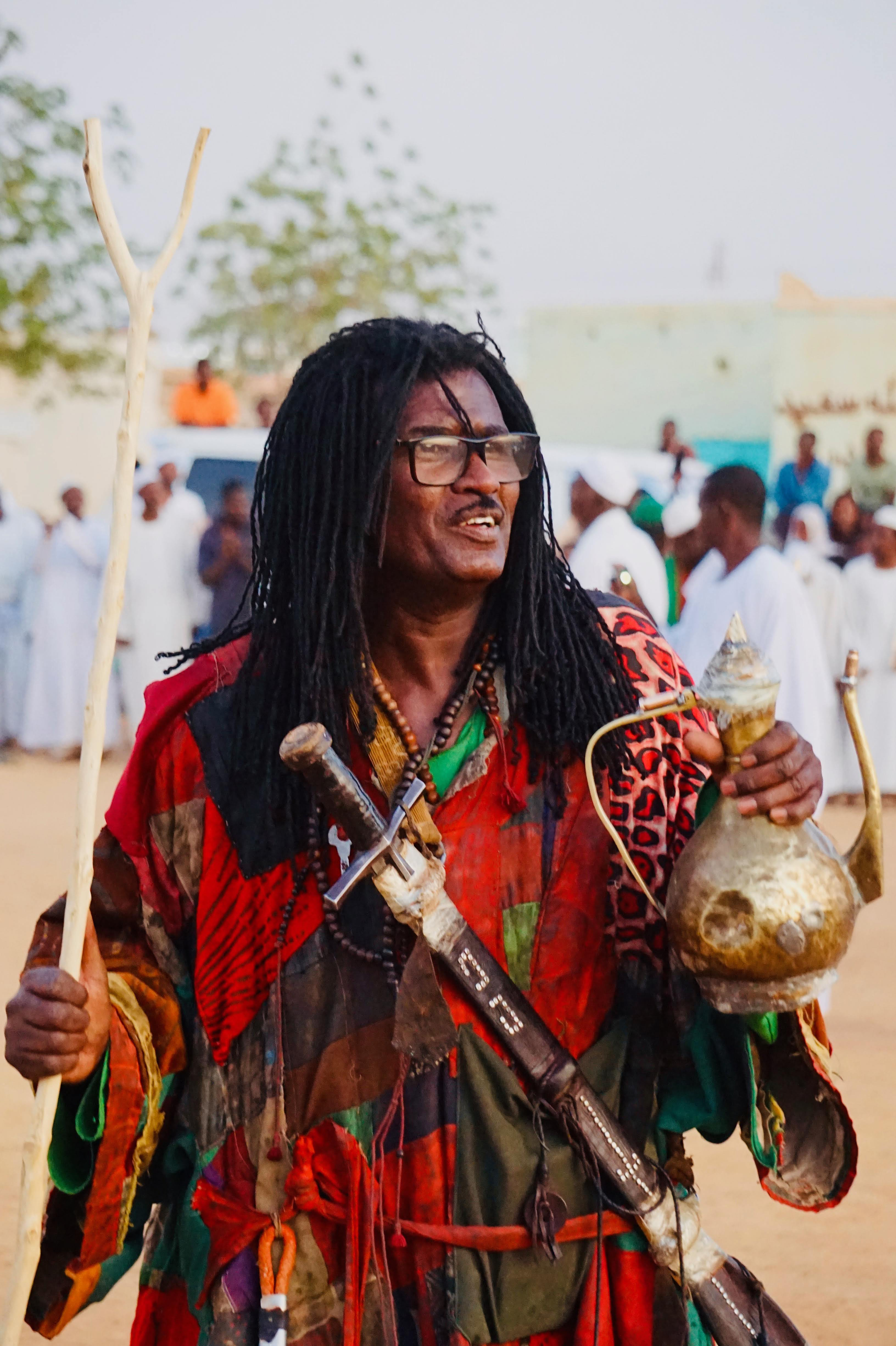 Get there: Emirates, Ethiopian Airlines, Turkish Airlines and Egypt Air all fly direct to Khartoum.

Visas: Visas to be obtained prior to travel, or on arrival, but only if pre-arranged with your tour operator.

General safety: In Khartoum, like in any city, be alert for pickpocketing. Travel to the archaeological sites up North remains safe and problem-free.

Dress code: Conservative dress: Sudan is a Muslim country therefore covering up is recommended, particularly for female travellers, though headscarves are not compulsory.

Good to know: Always ask for permission when taking photographs of people or places of political importance.

Don’t miss: For a truly uplifting and spiritual experience, the Sufi gathering on Fridays at the Hamed el-Nil mosque in Omdurman is not-to-be-missed.

Who to use: Raidan Travel (www.raidtantravel.com) offers varied itineraries and can assist with visa application process, photograph permits and visa registration on arrival.

In ancient times, it was known as Nubia – a powerful kingdom rivalling Egypt

The Sudanese people are renowned for their hospitality

Despite sharing borders with conflict-prone neighbours, Sudan is a stable and peaceful country