A trip in Africa in Senegal. Dakar, between tradition and modernity 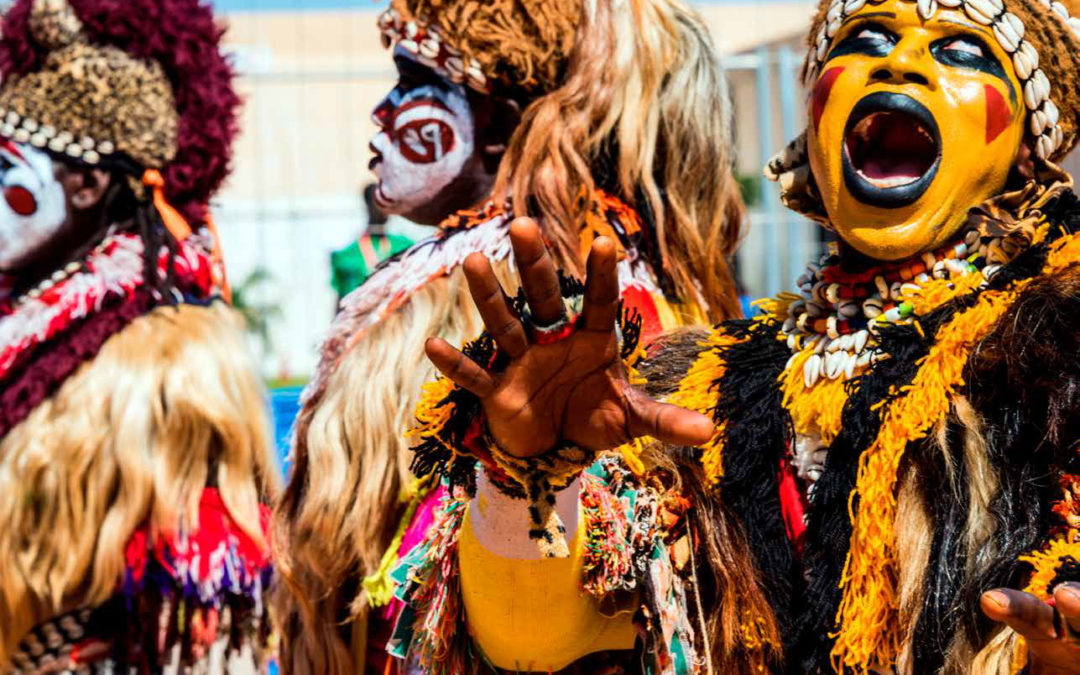 ON THE PENINSULA OF CAPE VERDE, AT THE WESTERN END OF THE AFRICAN CONTINENT, THE CITY OF DAKAR BALANCES TRADITION AND MODERNITY. AS A MOSAIC OF LIVES, MUSIC AND COLOURS, ITS MIXED CULTURE CAN BE DISCOVERED DURING A HOSPITABLE BREAK AT THE PACE OF SENEGA

Enjoying a very pleasant climate seven months a year, Dakar is a city where it is good to get fresh air. Along its cliffs open to the sea, one can meet many sportsmen, hikers and surf-casting fishermen. On the beaches of the neighbourhood of Yoff, at dusk, footballers share the beach with wrestling enthusiast and fitness groups. Between the carts, 4×4 and dugout canoes with vibrant colours, saleswomen take over from their fishing husbands and sell the catch of the day on tables, their feet in the water. At 5PM, Tonghor fish market is a particularly lively place, where conversations are covered by the sound of the waves, where the old lebous come to observe the youth and get some fresh air. 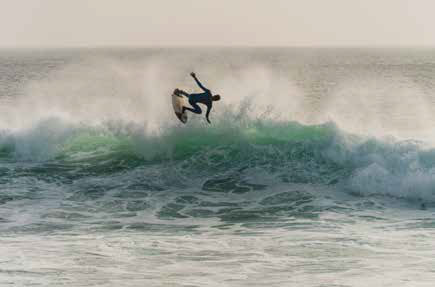 Other open-air markets offer new and unique experiences. Like Tilene and its fetish stalls, and HLM and its miles of fabric shops. One must also spend at least one day in Dakar Plateau, the city Centre. The heart of the Senegalese capital gathers a large part of beautiful and classified colonial heritage, built between 1880 and 1926, and nestled between bold contemporary buildings, on tree-lined avenues of magnificent baobabs.

It is at the Plateau that one can observe the wharf to the island of Goree, suspended in time as a parenthesis within the history of Senegal and slave trade.

In case of cravings, many ‘canteens’ offer local specialties such as thiep (rice fish), yassa (onion sauce), mafe (peanut sauce). At Bantaya, a ‘dibiterie haoussa’(place where you eat meat), you can enjoy good kebabs in an unusual space.

Finally, art and history enthusiasts will meet up in the old district of La Medina, with its walls ‘graffitied’ by different artists passing by and streets decorated with colourful banners (for the ‘navetanes’ – inter-neighbourhood football tournaments). A few miles away, the artisanal village of Soumbedioune brings together many craftsmen, jewellers and shoemakers on the seaside. The Senegalese designer Ousmane Mbaye has opened its first showroom there.

Dakar is a city where art flourishes. Outside the foreign cultural institutes and specialized art galleries, the Village des Arts welcomes many Senegalese artists wishing to present their work.

This is also the place where nature lovers can take a canoe to Sarpan islets (islands of La Madeleine) and spend a day between sky and sea. 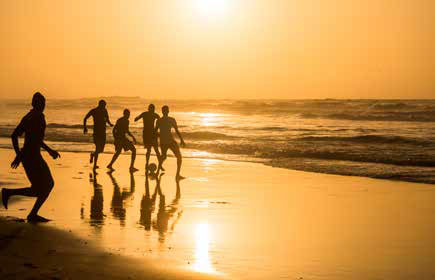 Dakar has not finished to surprise you: just a few minutes in a dugout canoe and you will reach the two small beaches of the islet of Ngor to enjoy clear waters and a panorama of the two Mamelles, the small hills of Dakar. It is on the Mamelles that one will find the lighthouse and the monument of African Renaissance, two of the best views to admire the capital.

Some fun private initiatives make it possible to visit Dakar in a fastprivatized bus (multi-coloured urban transport bus), to fly over the city in a small plane, or to embark on a cruise off the islets. Finally, at dusk, Dakar calls for reverie. Sitting on the beach at the sound of a jazz band in one of the many international hotels, or watching the figures of the surfers from the Almadies ledge, Dakar is a city that never stops living and where it is possible to walk around safely and without fear.