A safari in Zambia : Luangwa Valley

Eastern Zambia’s Luangwa Valley is a remote and unspoilt wilderness – and it’s a crowded one. For the National Park sanctuaries in this area are home to one of the greatest and most varied concentrations of wildlife in Africa.Luangwa has become one of the last truly wild African safari destinations. The area has two main national parks. The South Luangwa National Park is the main safari area and the more remote and less accessible North Luangwa National Park.
The Luangwa Valley is an extension of the Great Rift Valley. The geology of the area has kept Luangwa’s wildlife sanctuaries hidden away, as well as inaccessible to human settlement, resulting in conditions ideal for large and varied populations of wildlife.

Luangwa’s uniquely wild habitat, the vast landscapes that it forms, and its abundant wildlife inhabitants, provide the safari visitor with memorable sights and experiences. Without even leaving camp, the visitor can often see as many as six or seven, or more large game species going about their daily lives in full view at the same moment. When visitors venture out of camp into the park proper, they are certain to see many more, often at close quarters and all in just the first few hours of their safari. The visitor is also likely to see such favourites as giraffe, large herds of African buffalo, hyena, lion and even leopard. And with a little luck and effort, jackal and wild hunting dog. In addition, there is the prolific and spectacular birdlife – over 420 of Zambia’s 700-plus bird species occur in Luangwa.
In the lagoon areas, the beautiful trees of Luangwa’s riverine woodland give the place a park-like quality, which is often not the type of scenery many expect to see in Africa.
You watch as a two bull elephants move, slowly and silently, through a glade of winterthorns, each deftly picking up one winterthorn pod after another with the prehensile tip of his huge trunk, popping one in to his muching jaws with clockwork precision. Having cleaned up all the pods from the ground, one elephant suddenly reaches up with his trunk and places it vertically against the bole of the largest tree. With an easy rocking motion, he shakes the whole tree so that more pods rain down. You look and say to yourself: “Now that’s power”.
The valley’s formidable natural boundaries have isolated the area such that certain species have evolved to become distinct sub-species, which occur only in the Luangwa Valley. Cookson’s wildebeest is a race of the well-known blue wildebeest of East African migration fame. 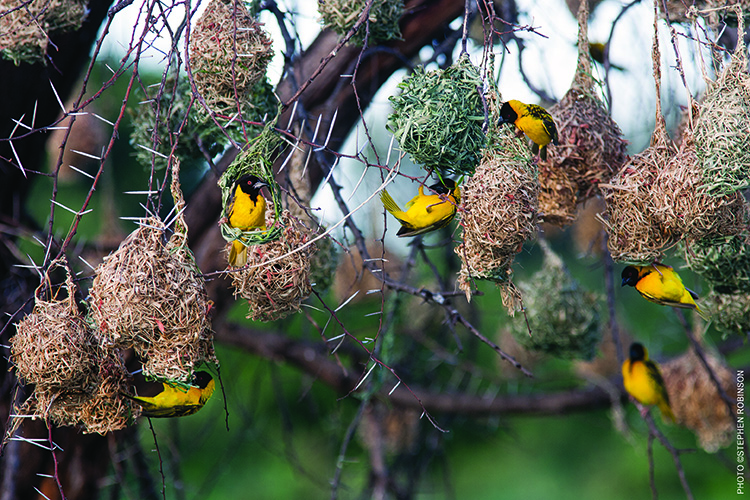 The giraffe occurring in Luangwa is the Thornicroft’s giraffe, a race unique to Luangwa. These sociable, stately and hawkeyed animals are another Luangwa special.
Luangwa is noted for having on offer the all-time African safari favourites – lion and elephant. Although Luangwa’s lion population has been affected by the species’ decline throughout Africa, this number-one attraction is still seen by most visitors. Luangwa Valley has been a stronghold of the African elephant for decades. Throughout Africa, the elephant continues to suffer the ravages of commercial poaching and Luangwa has been no exception, especially in the 1980s and 90s. Now the Luangwa Valley population is considered stable, numbering some 8,000 elephants in the national park areas and 13,800 in the ecosystem.
Luangwa is the original home of the walking safari, where the visitor can experience the true nature of Luangwa, and its teeming wildlife, to the full.
Only when on foot in such a place can one appreciate the sights, sounds and smells of truly wild Africa; and how small and insignificant we humans can be made to feel when among Africa’s wild inhabitants.
Sitting quietly on the bank of the Luangwa River in the cool of the late afternoon, you and your walking safari companions watch as a family of elephants gather a little way downstream, pause to drink and then begin to cross the river, a small calf disappearing below the water and raising its trunk to breathe, snorkel-like, whilst getting a reassuring nudge from its mother. 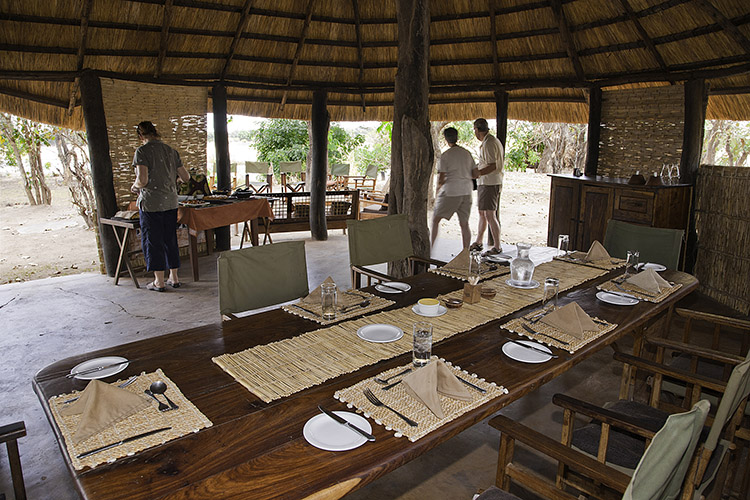 Later that evening, your heart beats double-time when, in the dark of the African night, just beyond your camp, a lion booms its guttural, ground rumbling call, telling others in its group to join a hunt.
Towards the end of the dry season, the rapidly receding river exposes stretches of high vertical river banks and these are the site of one of Luangwa’s most colourful spectacles.
The rains season, from November to April, is the time of plenty – the time of rejuvenation. The river changes suddenly from its dry season low to a great grey torrent and forming ox-bow lagoons which support much of the wildlife. These lagoons provide the single most important resource for all wildlife – the habitat.
In October it’s hot. This is the very end of the dry season. The river and the lagoons are shrinking fast, and some of the larger lagoons dry up completely. Hippo are forced to move from the lagoons to congregate in large numbers in the few deep pools in the main river, where they compete aggressively for the available space. Elephant dig deep holes in dry riverbeds to find water, closely followed by other wildlife, desperate to benefit from the kindness of their giant friends. This is the time for survival, the time of the strong.
The heat of October seems to make it the longest month, but eventually time edges into November. The valley has a restless atmosphere as the temperature seems to rise to furnace heat, the air humid and heavy with expectation. Some promising clouds come and then go, teasing all with nothing more than a cruel promise of rain. Then, at last, the skies blacken and rumble in the distance, a blustery wind brings the unique smell of the first rains (a smell like cold, wet rope), and the first storms thunder dramatically and give us their welcome, cooling rain – and relief from the sticky, heavy stillness.
And so with the arrival of the rains, the Crowded Wilderness has turned full circle once again, just as it has for millennia.
Every year, it reminds us that our time is not the culmination of everything that came before us, but rather just an instant, in an eternal cycle ruled by wild Nature. 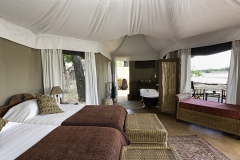 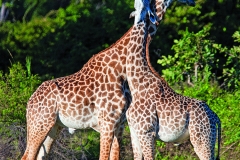