10 Reasons to go to kinshasa 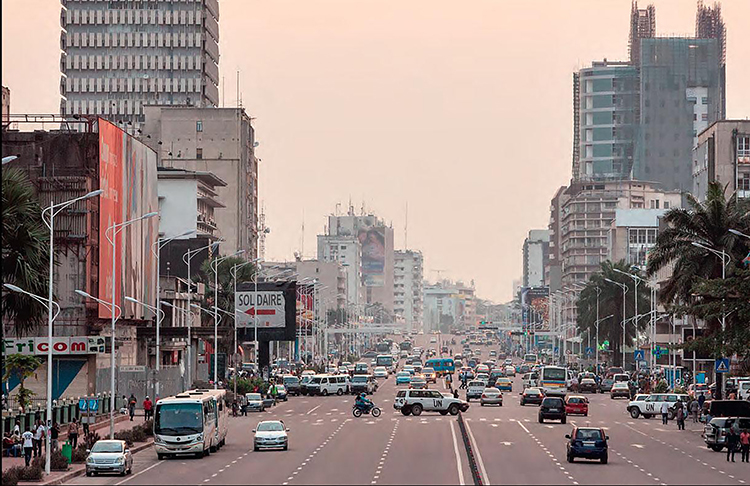 Rocked by traditional rumba, the city of Kinshasa is punctuated by constant traffic immersed in a hot and humid climate, a landscape inked between greenery, pollution and a riverside atmosphere. During the day, the city exhibits a “bureaucrat” atmosphere, but as soon as the sun goes down, Kinshasa gets ready to party. You will have understood that this city is mesmerising.
By Laëtitia Kandolo

1 The effervescence of the major markets

The not-to-be-missed rendez-vous of an entire continent, the Grand Marché. Worthy of a souk in the Arab countries, it is a veritable anthill. Kinshasa has 3 big markets. The oldest “central market” more commonly called “WENZE YA ZANDO” is located in the heart of the city a few minutes from the famous Boulevard du 30 Juin. This giant maze is divided into several pavilions, including that of fruits and vegetables, jewellery, school uniforms and even the Brazilian hair pavilion. It is also possible to find a Vintage Armani suit or more simply to get a tailor-made suit in record time by the dressmakers of the so-called “Express” market. Hold on to your bag, grab some low-denomination notes and above all, get yourself accompanied !

2 Zongo, a breath of fresh air 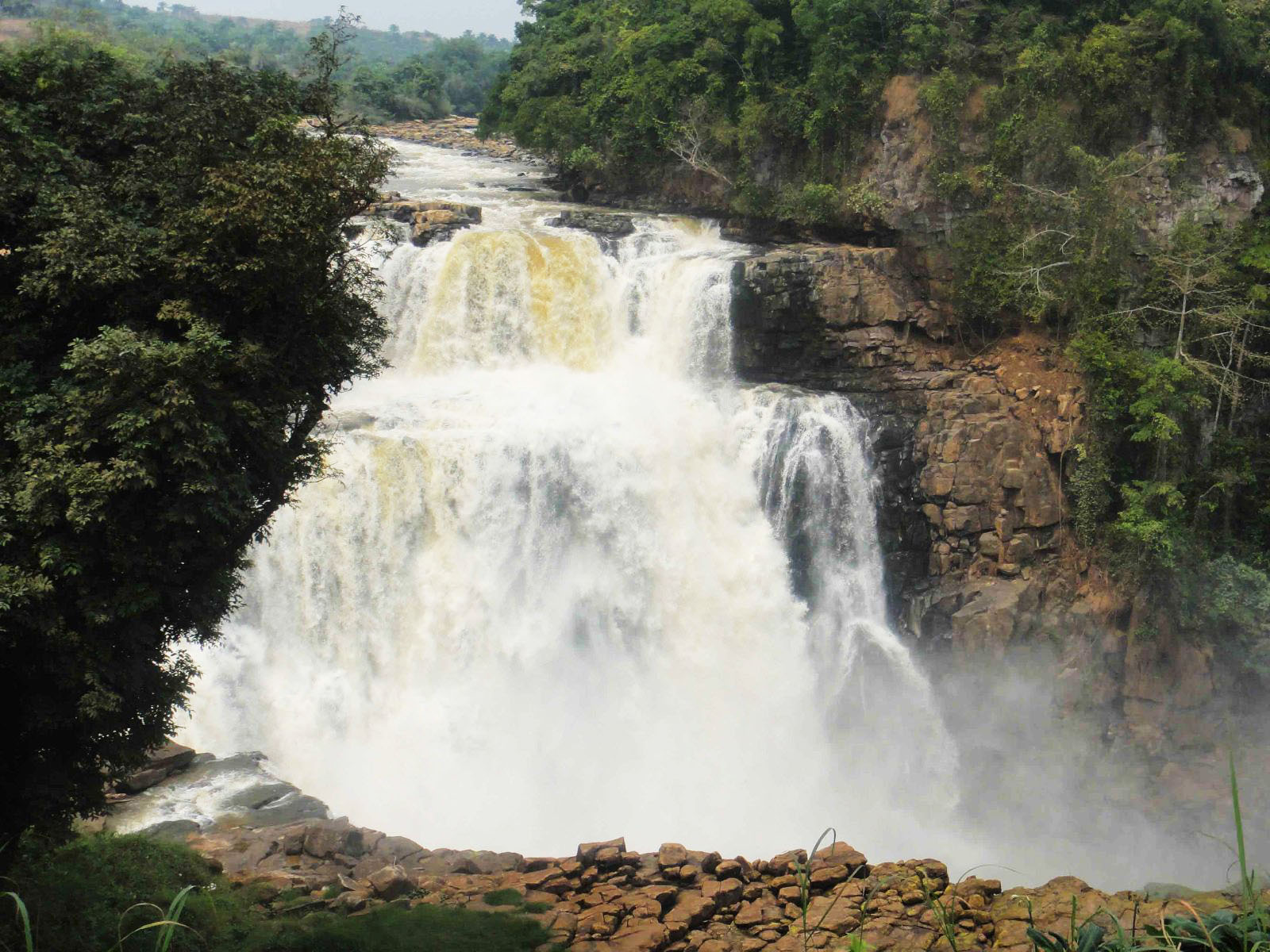 They take their name from the word “Nzongo” which means “Explosive Noise” in Kikongo. Nestled in the heart of lush vegetation, the Zongo Falls are crashing into the Inkisi River. A haven of peace, only 135 kilometres from Kinshasa, ideal for a family picnic or a weekend away with friends.

3 The national museum of the DRC 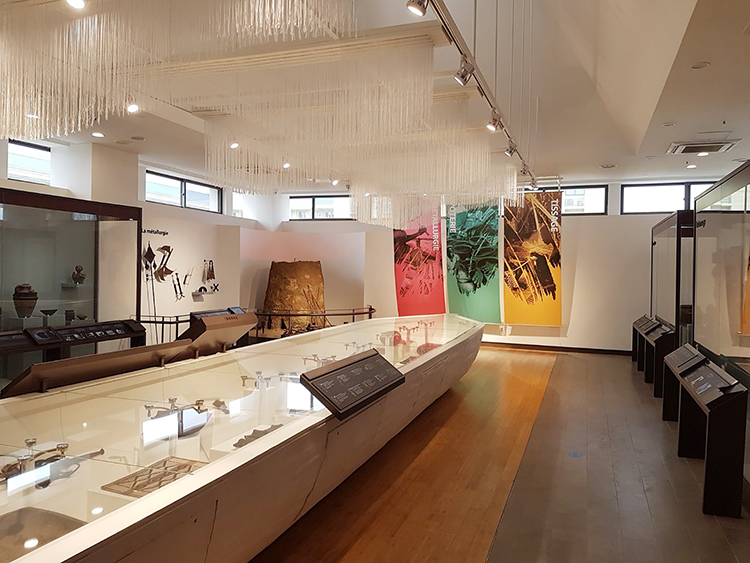 For history lovers, a little trip to the National Museum is a must-see. Unlike what many people think, Kinshasa boasts thousands of preciously held archives. For a long time, part of it was exhibited in the Théâtre de la Verdure located in Kintambo, the first capital of the city of Kinshasa. Since last November, the city has been endowed with a space of 6000m2, with an exceptional collection classified in 3 rooms. You will find everyday objects such as a pineapple hat, masks, several statues… The music room is certainly the most interesting and you will be able to test your musical skills on a lokolé and many other traditional instruments.
The entrance fee is 3000 FRC for locals and 10$ for foreigners. A guide will be waiting for you there but it is advisable to ask for Mrs Marie-Ange ! 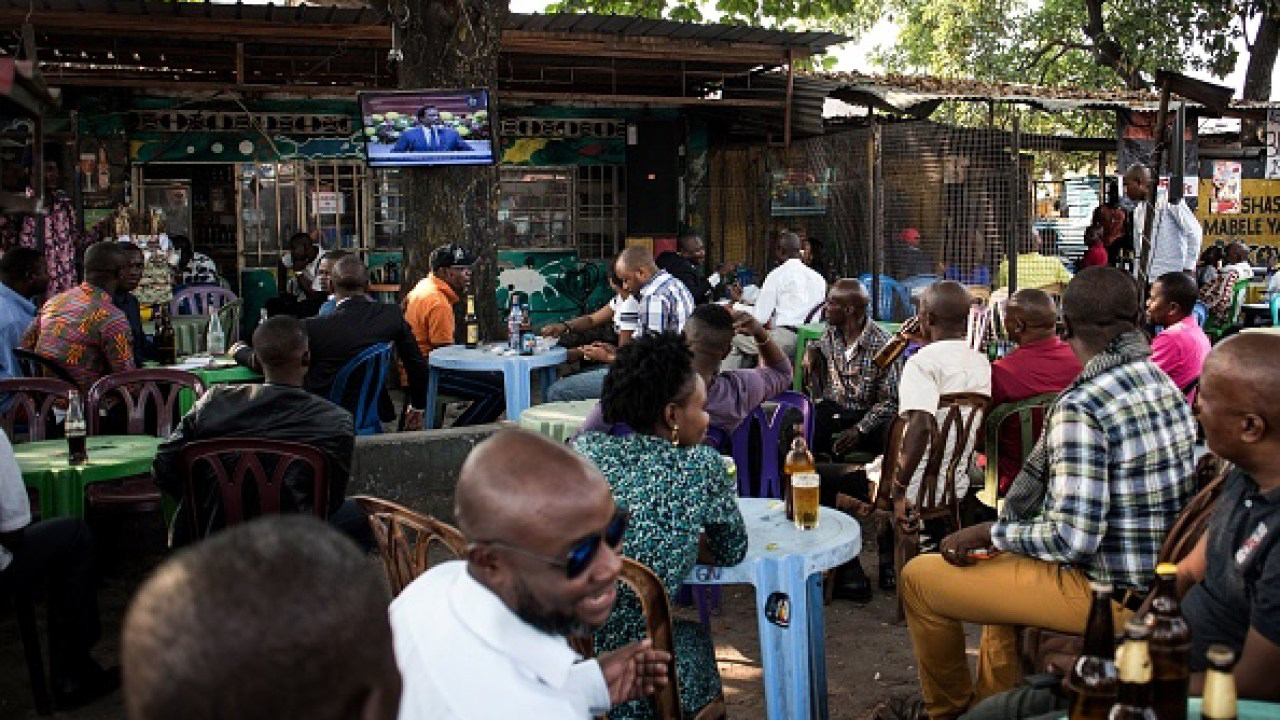 What would a trip to Kinshasa be without music? Congolese rumba is part of everyday life. As part of his classic routine, the Kinshasa native has to end his day over a beer or “sucré” (soft drink) in a Nganda. These terraces are flooded with plastic tables and chairs “branded” with the logos of the various breweries. It remains a warm and relaxing moment. Rumba represents much more to its eternal lovers, it is the mirror of their lives sang by Koffi Olomidé, Fally Ipupa or Tabu Ley. Located in the largest of the four districts, Tshangu is the main hub. Maximum volume, the nightly din is absolutely not part of the Congolese regulations, but the good vibes are there ! 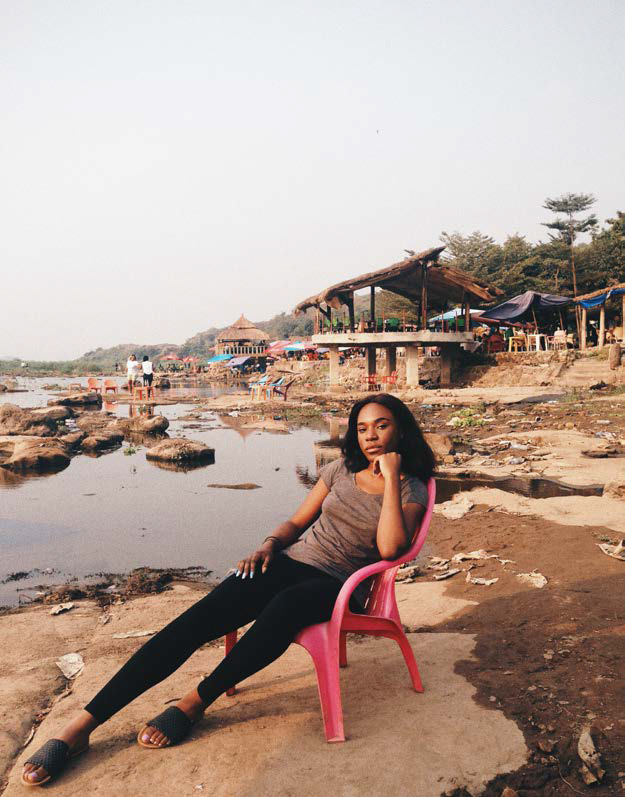 Kinshasa is full of surprises. Behind this urban sphere, it is possible to find yourself in a holiday setting only a few minutes from the city centre. En route to Mimosa Island, in the heights of the city. In the dry season, it is possible to find yourself sitting on the river contemplating one of the most beautiful sunsets in the Congo. The rest of the time, Kinshasa’s people meet on the island and enjoy some freshly-caught fish, beautifully seasoned, grilled or braised with a local accompaniment of their choice such as chikwangue (cassava bread) or makemba (fried plantain banana).

The bonobo is a species of monkey found only in the Congo. These mini chimpanzees are extremely close to humans. Currently endangered, there is however a sanctuary south of Kinshasa, “LOLA YA BONOBO” which means “The Paradise of the Bonobos”. Located by the lake Ma Vallée, you will enjoy a wonderful view of the small falls of Lukaya. It is possible to spend the weekend there. 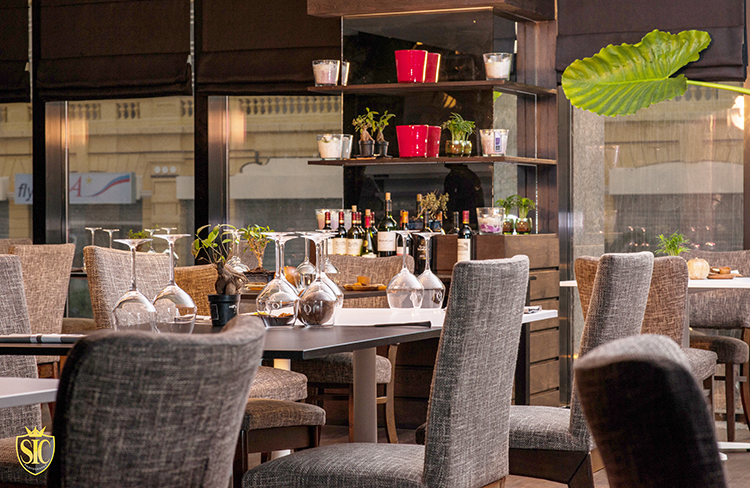 After winning the Star Chef show in Belgium, Christian Yumbi opened his guest house “Re-Source”. A few years later, he returned to Congo and decided to open his own restaurant “Arôme”. There, he revisits many traditional Congolese recipes to which he brings modernity. He insists on finding all his ingredients in the field, fruits and vegetables come from his own plantations. The plates are prepared with great attention to detail. And to top it all off, you will have the opportunity to watch him cook! Meet him at the CTC building, Congo Trade Center.

The Congo is not classified as one of the most touristy destinations on the planet, so getting there will require an adventurous soul. Kinshasa is a city where everything is possible for whoever wants it, but you have to be prepared to witness the unexpected. Also be prepared to spend many hours in endless traffic jams regulated in some places by “Rolling Robots” the invention of a Congolese woman, Thérèse Izay Kirongozi. This robot is a real innovation ! 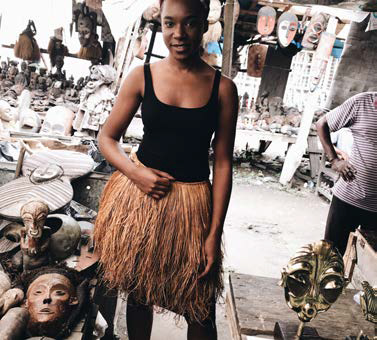 The Thief Market or “Wenze ya bikeko” in Lingala. Just ask to get off at the “Royal” stop on Boulevard du 30 Juin, opposite the “Intelligent Building”, the expression given to the government building. With all these references, you should be able to find your way without any problem. You will find everything that is specific to Congolese culture: Masks, Kuba carpets, raffia, malachite, various paintings or these books on Kongo’s life. You will also meet all these old gentlemen carrying a lot of historical art pieces, real living encyclopaedias. For many, these pieces come from specific villages with the agreement of the respective customary chiefs. This market is a must-see for any newcomer. 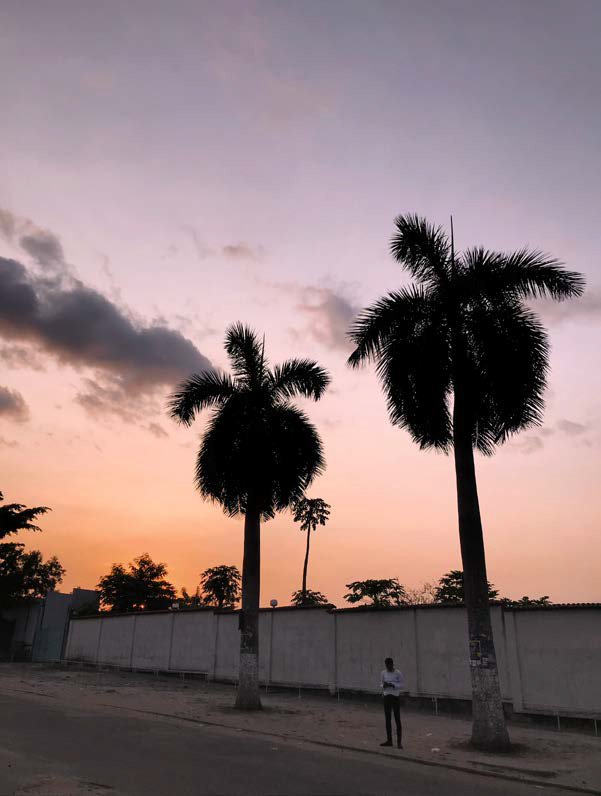 Unlike Western countries, the Congo does not experience the four seasons cycle. In Kinshasa, it is simply hot and humid all year round. A holiday climate in everyday life. There are mainly 2 seasons, the dry season and the rainy season. The dry season is more or less the equivalent of winter, with very little rain. It is the perfect season for newcomers, the weather is rather pleasant. You will be surprised to find Wewa dressed in puffer jackets and beanies, fleeing the morning mist and the cool evening wind. In the morning, temperatures can drop as low as 15 degrees on average depending on the altitude. This season runs from June to September. Then comes the rainy season. The tropical rains are real “showers”, they are abundant and often lead to floods. However, the sound of the thunderstorm is comparable to a beautiful song, a soothing lullaby.

Time difference: When it is 4pm in Kinshasa, it is 5pm in Lubumbashi.
Languages: The state recognises the following 4 official languages: Lingala, Swahili, Kikongo, Tshiluba as well as French.
Telephone: Area code +243
Currency: Franc Congolais, 1USD = 1900 FRC
Visa: Since March 2019, it is possible for Congolese descendants to obtain a visa on arrival.